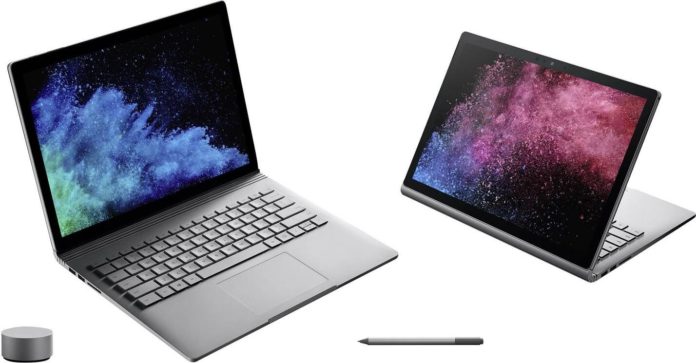 Like the original Surface Book 2, Microsoft plans to ship the Surface Book 3 in two different configurations with 13.5-inch and 15-inch displays. The Surface Book 3 won’t be radically different from its predecessor—you can expect the same convertible with specs bump, minor design tweaks, and no Thunderbolt support.

SIRIM (Standard and Industrial Research Institute of Malaysia) certification has again confirmed that Surface Book 3 comes with Wi-Fi 6 and Bluetooth 5.

The Wi-Fi module in the Surface Book 3 support both 5Ghz and 2Ghz bands, and as well as Bluetooth.

As you can see in the screenshots below, Surface Book 3 has also passed through MIIT (Ministry of Industry and Information Technology) of China. 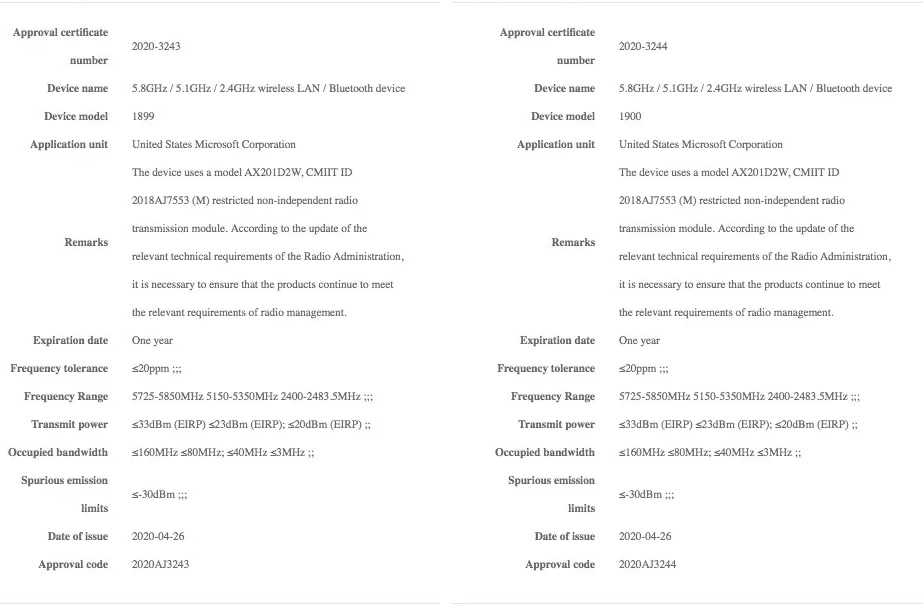 What will be inside the Surface Book 3? According to Energy Star certification, the 13.5-inch version of the Surface Book 3 and the 15-inch will be powered by the Intel’s Core i7-1065G7 with a base CPU speed of 1.3GHz.

The Core 1065G7 is part of Intel’s Ice Lake-U lineup, but Microsoft could still be planning another variant that will have Comet Lake silicon inside. The European retailer listings revealed that the Surface Book 3 will be powered by Intel Core i5-10210U and Core i7-10510U.

Surface Book is also the only device in the Surface lineup that has a discrete GPU and Book 3 is also expected to come with Nvidia GPU. The RAM options for the Surface Book 3 may include 8GB, 16GB and 32GB with SSD options of 256GB, 512GB, and even 1TB.

The configuration options are roughly the same as the Surface Book 2, though the last-generation machines offered 16GB memory options.

The most powerful Surface Book 3 options will include an Nvidia Quadro GPU, 32GB of RAM and 1TB of SSD. Nvidia’s 16xx-series GTX GPUs would be offered with the 13.5-inch and base 15-inch variant in the lineup.