Windows Latest
Home About us

Windows Latest is a news site that constantly strives to bring Microsoft enthusiasts the latest news of the goings-on in the Microsoft world and reviews of new Microsoft / Windows devices in a precise, fair and unbiased way.

Launched in 2015, WindowsLatest.com is dedicated to bringing the latest news, features, how-tos and in-depth reviews of Microsoft products. That’s what we’re about. We’ve been covering computing for more than seven years.

We’re based worldwide, and our journalists are constantly on the hunt for the hottest stories, announcements and launches.

For any questions and news tips, drop us a message at [email protected].

Windows Latest is the source of news content for millions of people around the globe. It is the leading tech news publication that provides extensive, well-researched coverage on Microsoft, Windows and computing topics.

We have a legacy of seven years and have quickly become one of the most trusted sources for unbiased news, reviews, helpful advice, tips, tricks, and interesting tidbits from the future of Windows, culled from our rigorous testing.

News stories written by WindowsLatest.com have been cited in top companies like CNN, Forbes, Fortune and even Microsoft.

Our goal is simple: to be the most reliable source for Windows news, reviews, advice and solutions.

Why do we do it? Because this matters to us. Making the most out of Windows and computers is crucial – it’s what you need for your work or school all the time. Consider WindowsLatest your go-to site, not just because we love Windows, but because we’re here to help.

We are not affiliated/associated with Microsoft, which owns Windows. “Windows” is a trademark of Microsoft Corporation.

Running Windows Latest is a team effort! Our articles are written and reviewed by professional software experts, engineers and journalists.

Here’s our team who helps make this site tick. 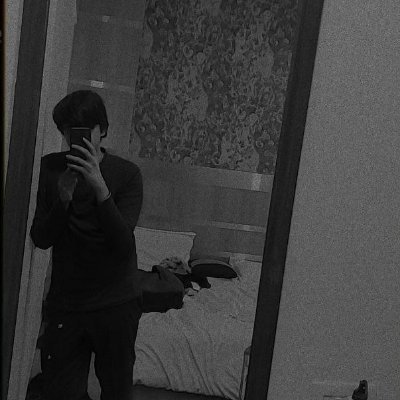 Mayank Parmar is the Editor-in-Chief and owner/founder of WindowsLatest.com. Mayank has been in tech journalism for more than seven years. He’s tested and written about software, computers, phones, and pretty much every type of technology you can think of, and is inordinately proud of his typing speed.

Mayank is known for his extensive coverage of Windows in the tech industry. His well-researched articles are frequently referred to by esteemed companies, such as CNN, Business Insiders, Forbes, Fortune, CBS Interactive, Microsoft and many others over the years.

Gulshan Kumar is a web and software developer and professional blogger at WindowsLatest.com. He writes about web and software-related tutorials to solve newbies’ and advanced users’ problems. On 6th Jan 2016, he was awarded a bounty of $100 by ‘Automattic, Inc’ for finding a security bug in a popular WordPress.com website.

Gulshan’s work has appeared on Search Engine Roundtable, Kinsta, Cloudways and many others over the years.

Akshay Waghray is a tech journalist who’s been writing about software, hardware and apps/programs for nearly four years. After working for years at IT companies, his life moved online and remained fuelled by the latest technology and gadgets.

At WindowsLatest.com, Akshay continues to write about Windows 10 and Microsoft for diverse audiences. His articles are aimed at newbies, advanced users, and business customers. Leading sites like TechRadar have referred to Akshay’s work over the years.

Simone’s role in WindowsLatest.com is as a staff writer specializing in Windows 10 and Microsoft Surface, but he also takes on another tech like Microsoft Edge and more.

Simone has a background in IT and software engineering. His area of expertise includes software development and evaluating new codes. When not writing, he can often be found designing websites and making music.

Wyn is our contributing editor. He occasionally contributes to the editorial and opinion section, and his area of interest include web development, mobile computing, engineering and designing.

At WindowsLatest.com, he covers Windows 10-powered laptops, computers, and peripherals. When not writing, can often be found playing games of both the PC and mobile variety.

Wyn has a computer engineering background and is also familiar with software and web development.