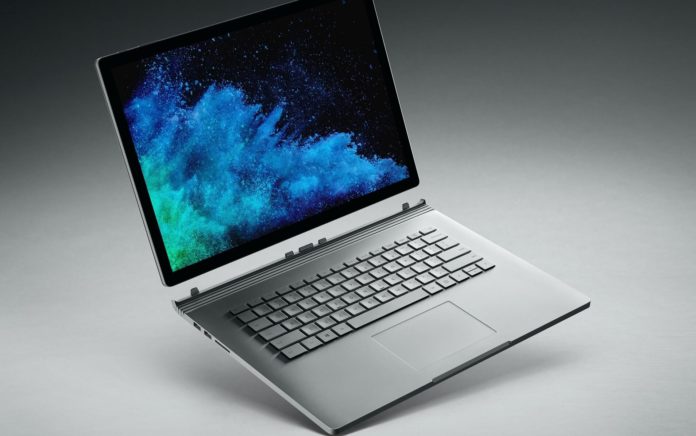 Microsoft is expected to launch the Surface Book 3 in a matter of weeks and a leak has now confirmed the specs of the flagship hardware. According to a new certification, Surface Book 3 will feature Intel 10th-generation processors and Microsoft plans to sell both the 13-inch model and 15-inch variants.

Surface Book 3 could be utilizing a wide range of different hardware and the firm will also sell the device with 32GB of RAM. This time both casual and professional users can get a Surface Book configurations that will be perfect for their needs. 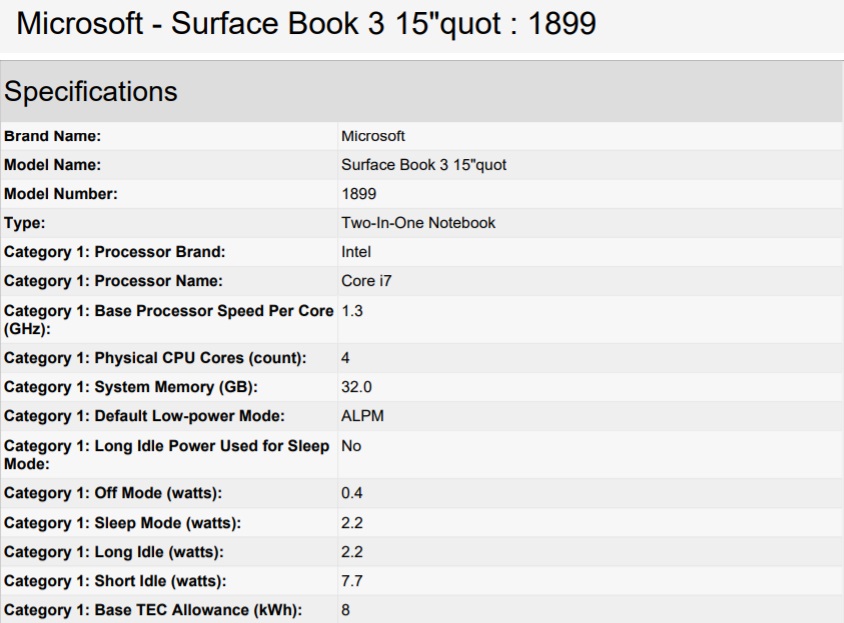 According to one listing for C3K1899, Surface Book 3’s 15-inch variant comes with Intel’s Core i7 processor and up to 32GB of RAM.

The above certification also confirmed the base clock speed of the processor is 1.3GHz and the CPU specs highlighted in the filing suggest that Surface Book 3 will utilize Intel Ice Lake-U processors.

As per Energy Star certifications, Surface Book 3 could use Intel’s Ice Lake Core i7-1065G7. It’s also worth pointing out that we have only found Ice Lake-U versions of the Surface Book 3 on benchmarking databases. 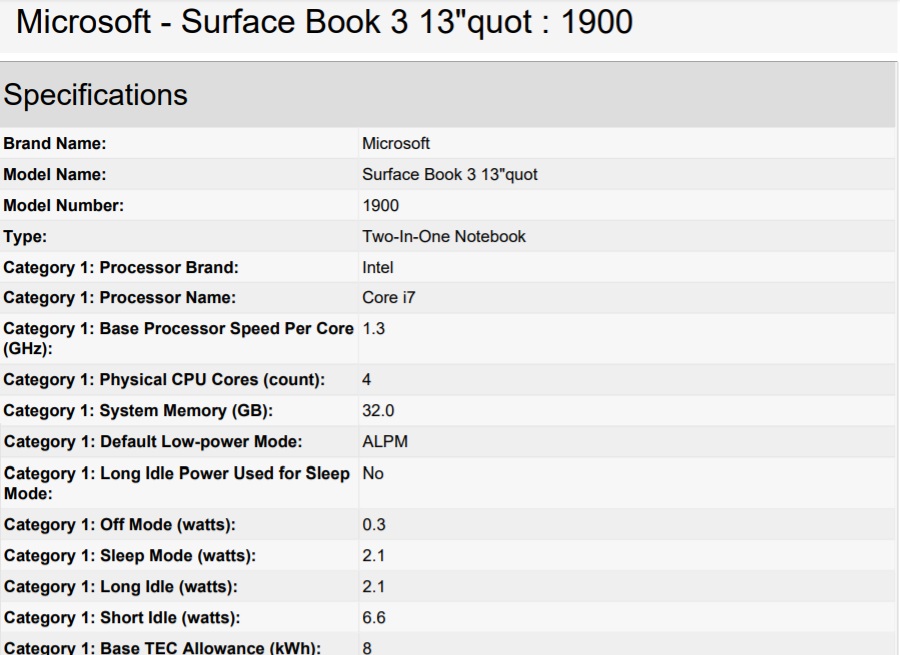 Another listing revealed that the Surface Book 3’s 13-inch model also uses the same Core i7 processor and 32GB of RAM.

The smaller Surface Book 3 could be released with a wide range of NVIDIA GTX GPUs.

The Intel Ice Lake-U CPUs are not bad chips by any means and the company has already upgraded the Surface Laptop and Surface Pro to Ice Lake-U processors, so we would not rule out it doing something similar with its most powerful flagship device.

According to previous rumours, the Quadro GPUs will only power the top-end Surface Book 3, positioning the laptop as a powerhouse for creators and professional users.