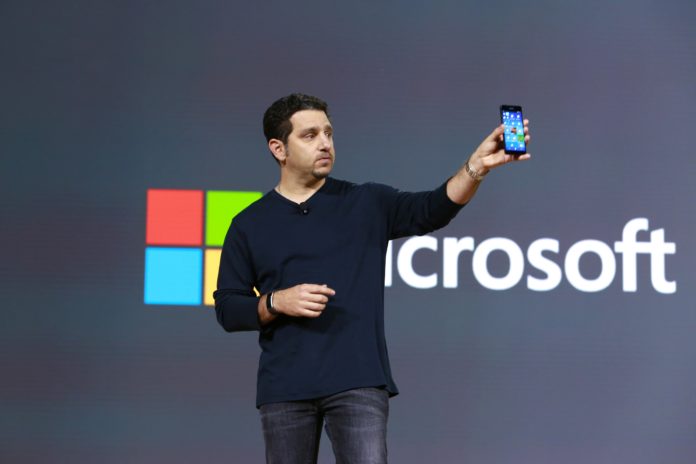 2017 has been arguably one of the best years for the smartphone market. Apple introduced the iPhone X, revolutionizing it’s market. We got the beautiful Galaxy S8 and Note 8 from Samsung, both phones being the best of their segments. iOS and Android has strengthened it’s foundations deeply in the handheld market. But what about Microsoft? Where’s the long rumored Surface Phone?

With Windows absent from the smartphone market, Android and iOS has virtually become the sole player. Apps are leaving the store every week, developers are losing interest and patience, users, both enterprise and consumers, are leaving the platform in hundreds. Windows Phone’s share, popularity, usage, everything has hit an all time low. Ask the fans, users and developers, no one has any praise for Microsoft’s mobile strategy.

With Microsoft’s Surface event coming up in October, many hoped that the Surface Phone may finally make an appearance. It would serve as a beacon of hope for the many die-hard fans of the platform and would place trust in the heart of the many developers and OEMs. Microsoft needs a presence in the Mobile market and that has to be done via their own OS, not through Android and iOS.

Why we need the Surface Phone

Microsoft has long been a player in the smartphone market. Starting from the Windows Handheld devices to Windows Phones, the Redmond Giant maintained their hold. The demise of the Lumia lineup led to Windows Phone’s sunsetting. Though Microsoft doesn’t want to admit, it has been losing it’s business focused customers too.

HP, one of Microsoft’s biggest OEMs have started considering Android for their next venture. With lack of any definite direction in the Mobile market, Microsoft will lose more customers than before. Prime examples being the Norwegian Council and the NYPD. Both of them had put faith in Microsoft’s mobile platform but gave up.

The time is high now. Microsoft needs to get the trust of it’s partners and customers back. The Surface Phone would be the perfect solution to that. A phone that runs full Windows 10. What’s not to love?

Full Windows 10 in a Phone

The Surface Phone is believed to run full Windows 10 in the clamshell body of a smartphone. Coupled with the Surface branding, the device will scream premium. Connect it with an external screen, and Continuum will greet you. All your x86 apps, the familiar Windows 10 desktop and all those apps, the phone will replace your PC.

The enterprise customers will just dig it! Even the average customer will benefit out of it. Everybody wants to carry only one device nowadays. The Surface Phone will be the ultimate Mobile device. Market it right, and Microsoft would get an insta win over the Samsung and iPhones.

Continuum has been proved to be a successful idea and even Samsung copied it. Sadly, Microsoft stopped updating Continuum on the current phones. With CShell, Microsoft is attempting to correct it’s errors and it looks like they are heading for the win.

Launch the Surface Phone before it’s too late!

With all the negativity around, one would have guessed that Microsoft would take some counter measures. Sadly that doesn’t seem the case, as the Redmond Giant has decided to keep mum on any news of the Ultra-mobile Phone. The fans know it is coming, the media knows about it and even the CEO has hinted at something. Then why the delay?

Bluntly speaking, the Andromeda OS that’ll power the Surface Phone, is not yet ready. It’s being developed and if leaks are to be believed, it’ll hit the market sometime next year. While pundits may argue that Microsoft should launch the game changer only when they’re ready, I say launch it soon.

With a new Surface event next month, they can at least show a teaser to keep the customers excited. A little trailer, a short demo and the right marketing magic, the Surface Phone ought to gain a position in the hearts of millions. Please Microsoft, do something! People are not that forgiving anymore, burn them again, and they’ll make sure to never look back. At least, I won’t.