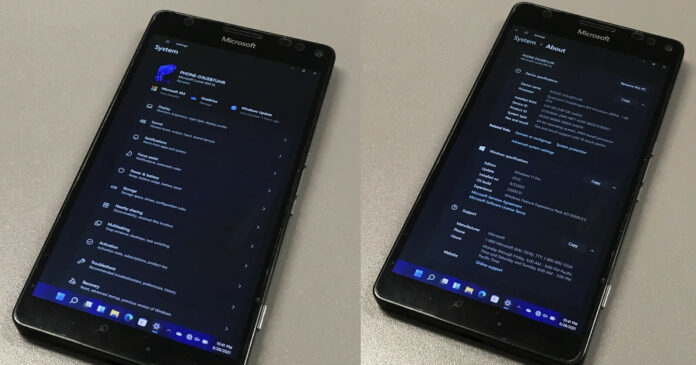 Microsoft’s Windows 11 has been optimized for multiple form factors and it seems to work great on laptops/tablets with touch screens, thanks to the new in-built tablet mode and significantly improved gestures experience.

The first preview build 22000.51 of Windows 11 is now officially available for desktops with Intel, AMD and ARM (Snapdragon) processors in the Windows Insider program’s dev channel. Thanks to the beta build, a developer has now managed to install Windows 11 on Windows Phone to show how well it scales to a mobile form factor.

Developer Gustave Monce managed to compile an ARM build of Windows 11 using the UUP images and successfully installed the operating system on a Microsoft Lumia 950 XL, a device that was released in 2015 with Windows 10 Mobile and discontinued in 2016/2017 due to the app gap problem.

Although Windows 11 is officially designed for tablets/desktops, the upcoming operating system scales well on a mobile form factor. Lumia 950 XL, which features a 5.7-inch display, is able to boot the new Windows and it fits wells.

The Start Menu works, animations are intact and Windows 11 responds well to the smaller form factor, as you can see in the above and below images, but plenty of work still needs to be done.

The developer has also managed to enable cellular connectivity in Windows 11 by manually porting drivers from Windows 10 Mobile and Windows 10 on ARM project. This hack brings calling and messaging support to desktop OS. 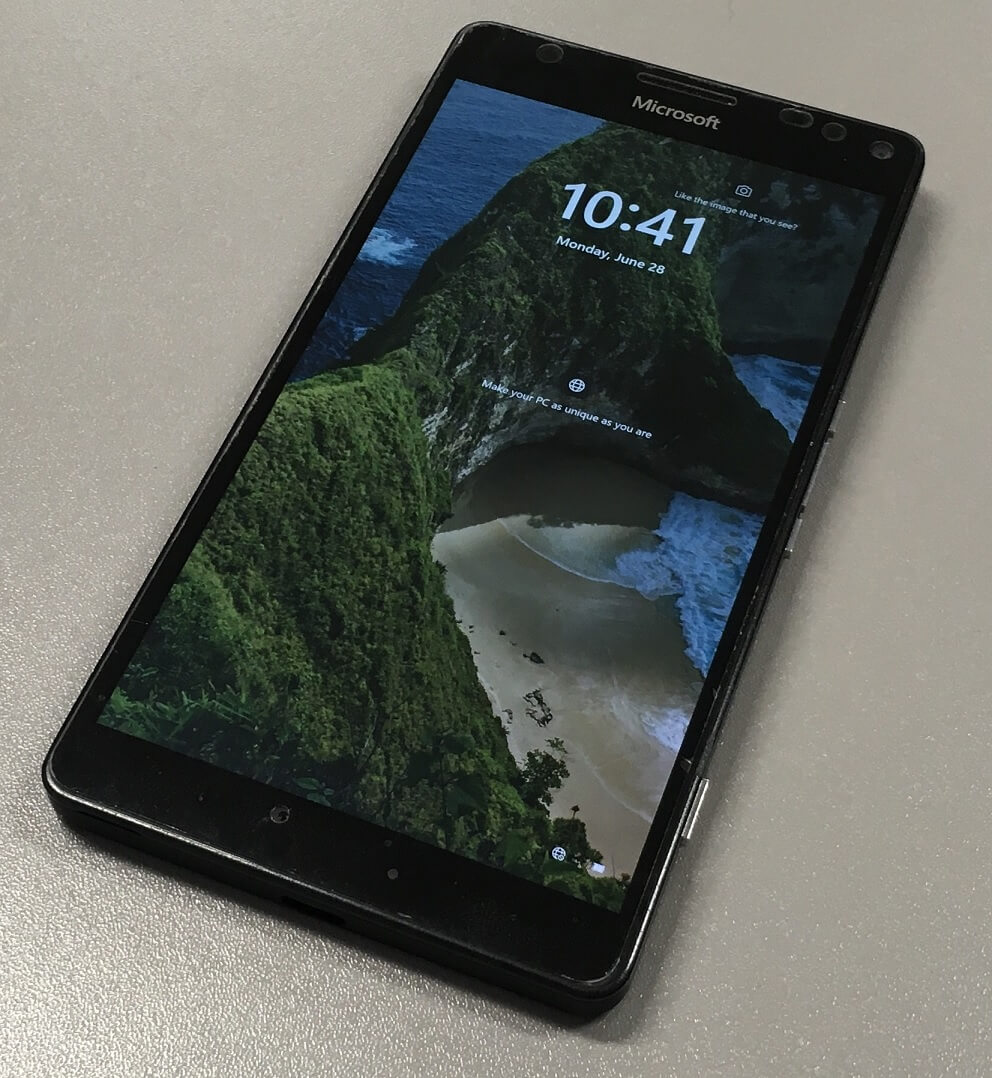 Windows 11 is essentially Windows 10 and it takes a lot of inspiration from Microsoft’s cancelled Windows 10X while still retaining the look and feel of Windows. The live tiles are gone, but icons have been optimized for touch input.

It’s also worth noting that Microsoft is not working on a mobile version of Windows 11. The official documentation has confirmed the operating system works on devices with a 9-inch display only and this may mean that the company is not planning on using it for mobile form-factor touch screen devices.

While this project may not be ideal, it’s an impressive feat and it proves that the Lumia 950XL can still run new operating systems.

Some developers have been also trying to bring Windows on ARM to flagship Android smartphones, but these efforts are in their early stages and we don’t know when it would be possible to run Windows 11 or Windows 11 on Android phones.

According to Microsoft, Windows 11 devices will be released later this year ahead of the holiday season, with some reports suggesting rollout could happen as early as October 20.