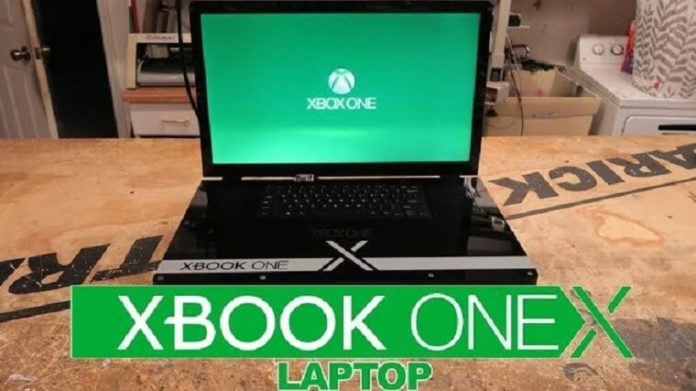 In November, Microsoft unveiled the “world’s most powerful” console the Xbox One X with 4K gaming and a mix of High Dynamic Range and Wide Color Gamut. The console also comes with a built-in 4K Ultra HD Blu-ray player, and the pre-order of Xbox One X has been successful.

If you’re an Xbox One fan, maybe you are familiar with Eddie Zarick, an engineer putting his effort to turn a regular console into a hybid-laptop version. After the successful release of Xbook One S, Eddie Zarick recently posted a video of his brand new creation ‘Xbook One X’, a modified version of Xbox One X.

“This is an actual XBOX ONE X that has been modified and put into a custom housing that gives it much more portability than a standard Xbox,” the engineer said in a blog post.

The Xbook One X is a powerful laptop version of Xbox One X, the console features a 21.5″ 1080p Full HD display, and it also comes with a built-in keyboard. On the front panel, the engineer has added “5 buttons for controlling all of the functions of the LCD”.

Xbook One X Price and Availability

Just like the original Xbox One X, the Xbook One X won’t come cheap. The console with 1TB storage will be available for $2,495.00 plus shipping (the shipping to the US could cost around $150). You’ll need to pay $1,000 in advance (a nonrefundable deposit) and your console will be ready in 2-3 weeks, it’s worth noting that it could take longer than 2-3 weeks.