With a $399 Surface Go 2, Microsoft re-entered the budget computing category in 2018. Surface Go is an excellent tablet with support for keyboard and it’s a great device for students and travellers, but Microsoft needs to launch an upgraded model if it wants to dethrone the Apple iPad.

We’ve been anticipating the Surface Go 2 for some time now and there’s palpable excitement for the second-generation Microsoft’s tablet. In 2019, there were reports that Microsoft will release a new Surface Go but unfortunately, it didn’t materialize.

Surface Go was launched in 2018 and 2020 seems like a good bet for the next iteration. In the second half of 2020, Microsoft is expected to launch next-gen Surface Go and it looks like the device could ship with another low-end Intel processor.

The 3DMarks benchmark listing suggests Microsoft is working on Surface Go 2 with Intel’s Core m3-8100Y CPU. There are two variants of the Surface device, one with the WiFi and another with LTE + WiFi. Both Surface Go 2 models have 8GB of RAM and 128GB of SSD storage from Toshiba. 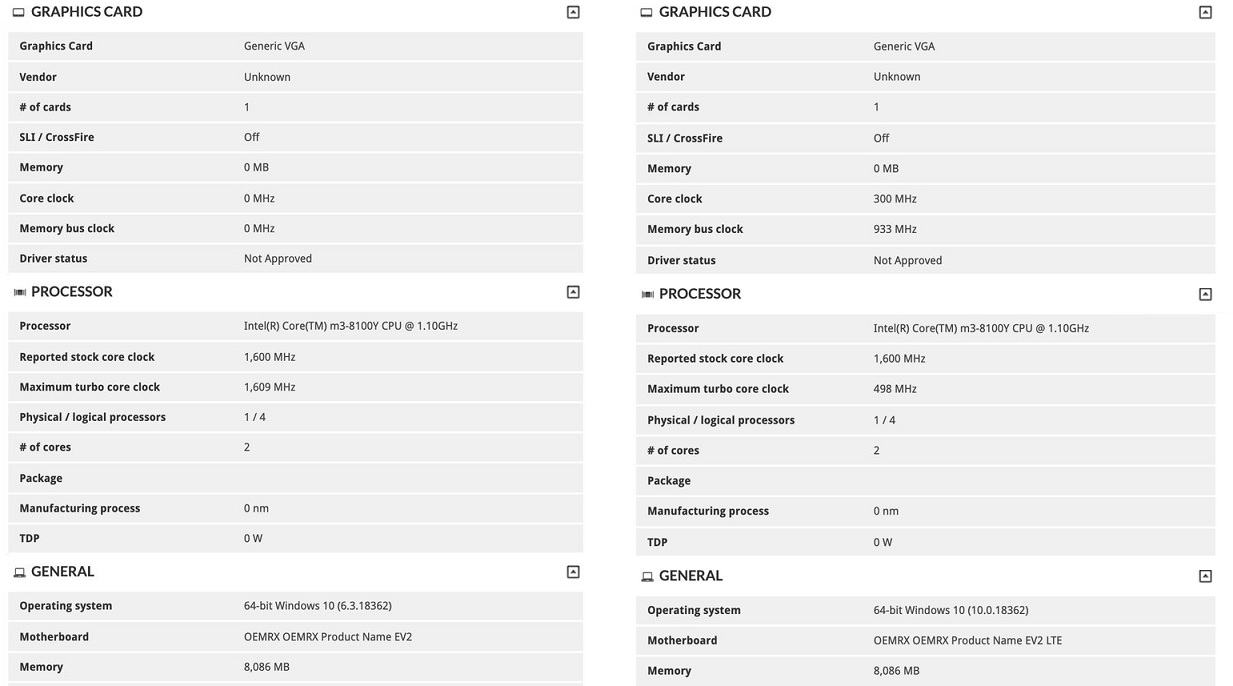 The ageing Pentium Gold 4415Y CPU found in the Surface Go will be replaced with a newer version and Surface Go 2 could be offered with Intel’s low-end Pentium Gold processor as well. However, the benchmark for Pentium Gold variant is not yet listed on Geekbench and 3DMark.

The low-powered Core m3-8100Y is an efficient CPU that would offer both performance and battery backup improvements over the original Surface Go.

In terms of design, Microsoft’s Surface Go 2 will keep the silver magnesium-alloy finish and it would still come with thick bezels on the 10-inch (1800 x 1200-pixel) display panel but there could be minor design tweaks.

The pricing is expected to be similar to the previous generation, which means Microsoft could sell the base model at $399.

According to media reports, Microsoft will unveil the Surface Go 2 and Book 3 at a Spring Hardware event in New York City.