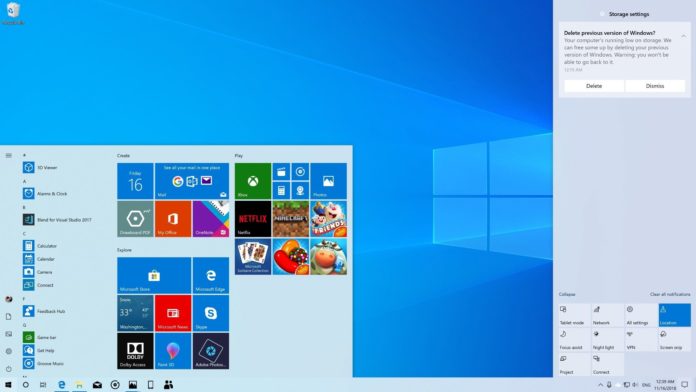 Windows 10 May 2020 Update and June 2020 cumulative updates are causing a host of problems yet again, with users reporting several issues including problems with Google Chrome and desktop UI over the past few days.

Windows 10 May 2020 Update, also known as version 2004, has been in testing with Windows Insiders for around 15 months, but there are several issues in the update, many of which could break key features or prevent apps or drivers from working when you force the upgrade.

Microsoft last month outlined the issues with May 2020 Update in its support documentation, noting that each of these problems will be fixed or mitigated in a future cumulative update.

With recent cumulative updates, Microsoft says it has resolved or mitigated the following issues:

According to reports, Windows 10 May 2020 Update and recent cumulative updates are also plagued with the following issues.

Many users are reporting that their computer is stuck in a driver update installation loop after upgrading to Windows 10 version 2004.

“Windows Update trying to install Intel Corporation – Display – 26.20.100.7325 after being installed successfully. It ends up giving an update error saying a better driver is installed, but it’s trying to install the exact same one,” one user noted in the Feedback Hub.

Microsoft has yet to acknowledge reports of a driver bug causing installation loop. For now, it appears that you will need to manually block the particular driver update with ‘Show or hides’ troubleshooter tool.

To block a particular driver update, follow these steps:

Close the tool and check for updates again. The driver package should disappear from the Windows Update page.

After installing Windows 10 version 2004 and June 2020 patch for Windows 10 version 1909, users are reporting that certain apps such as Google Chrome lose their saved passwords, extensions, cookies and credentials on every reboot.

Many folks have reported that these issues happen to them every time they close Google Chrome and restart Windows 10.

For example, one user noted that the update is breaking the authentication mechanism, while others claim that their cookies and extensions are also reset to the default values.

Those using Google Chrome also reported that they are being logged out of their account when they reboot their PC. This issue is also happening with OneDrive, Microsoft Edge, and even Battle.net for some users.

Fortunately, engineers from both Google and Microsoft are looking into the reports, and more details could be shared in the coming weeks.

For now, if you notice issues with Chrome or other apps where you need to authenticate your account, you should roll back to Windows 10 version 1909 and uninstall June 2020 Patch, and then pause the updates.

Many users have confirmed that Windows 10 May 2020 Update breaks down the Optimize Drive tool, which allows you to defrag your hard drives and optimize your SSDs.

The Optimize Drive tool, which is Windows 10’s built-in hard drive maintenance tool,  typically operates in the background and also allows you to manually run scans to optimize the drives.

After Windows 10 version 2004, a lot of people reported that the tool is broken and it does not log the status or history of its scans.

As a result, if you open the tool, you’ll notice that no scans were done and it could warn you that your storage drive needs ‘optimization’, but in reality, the drive has already been optimized.

Fortunately, the drive optimization feature is still working in the background and you can confirm this in the Event Viewer tool.

It’s also worth noting that Windows Insiders had already reported the issue to Microsoft and the company fixed it in preview builds, but the bug somehow slipped into Windows 10 May 2020 Update.

Some users have also claimed that Optimize Drive tool optimize the SSDs more often after the May Update.

Microsoft is planning to fix these issues later this year.

Microsoft has acknowledged widely reported Storage Spaces issues in Windows 10 version 2004. According to Microsoft, some users might face issues when trying to access Storage Spaces after installing May 2020 Update on their systems.

The bug affects some configurations and those affected will see ‘RAW” under the partition in the Disk Manager tool. You’ll also get errors when you run ‘chkdsk’ command after upgrading to version 2004.

At the moment, Microsoft is not aware of any workaround and you should avoid upgrading to version 2004 if you use Storage Spaces.

Users have also reported that Windows 10 June 2020 patch for version 2004 is forcing the tablet mode interface on the normal desktop.

According to reports spotted on Reddit and Microsoft’s own forum, Windows 10 bug forces tablet mode even when the feature is turned off.

As a result, Search box would not appear on the taskbar and File Explorer will have more white space and gaps between icons or folders.

To fix the issue, you need to turn off tablet optimization by navigating to Settings > System > Tablet.

In Tablet mode settings, click on ‘Change additional tablet settings’ and turn off all options under ‘When I’m not using tablet mode’.

Many users have also reported other problems including Blue Screen of Death and performance issues after installing May 2020 Update.

We’ve listed some of the critical and widely reported issues above, but it’s likely that are other bugs as well.

Fortunately, Microsoft has confirmed that it won’t push the Windows 10 version 2004 upgrade to your system unless it’s safe and drivers are compatible.

The best thing you can do if you have any Windows 10 issues is to roll back to the previous version of the OS from Settings > Update & Security > Recovery. Or you can also download ISO images of Windows 10 May 2020 Update and clean install the operating system.

If you don’t see the option to download and install Windows 10 version 2004 in Windows Update page, resist the urge and don’t use Media Creation Tool or Update Assistant to manually download it.