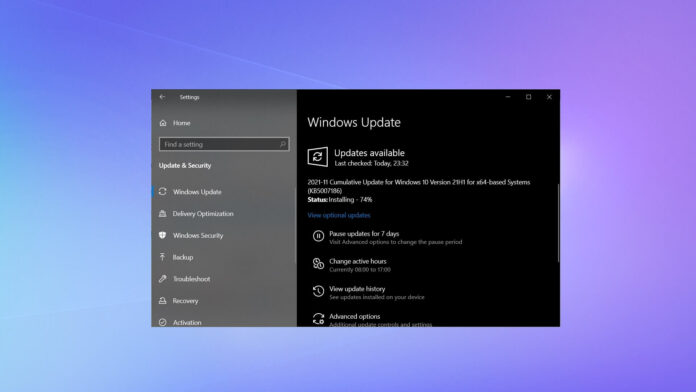 KB5007186 is part of the company’s usual Patch Tuesday cycle, which is a popular term for the day when new security updates are released for Windows. This update patches security vulnerabilities and includes previous fixes as well. That’s because Microsoft gathers older fixes into the latest update, which is downloaded automatically.

For those still running version 20H2, they’ll get Windows 10 Build 19042.1348. In case you’ve version 2004, Microsoft says this would be the last security patch for consumer editions of the OS version.

If you check for updates today, you’ll get the following update:

With today’s security update, Microsoft has fixed an issue that prevents subtitles from appearing in certain video apps, but Movies & TV was not affected. According to official release notes, Windows 10 bug also blocked subtitles on certain streaming sites. 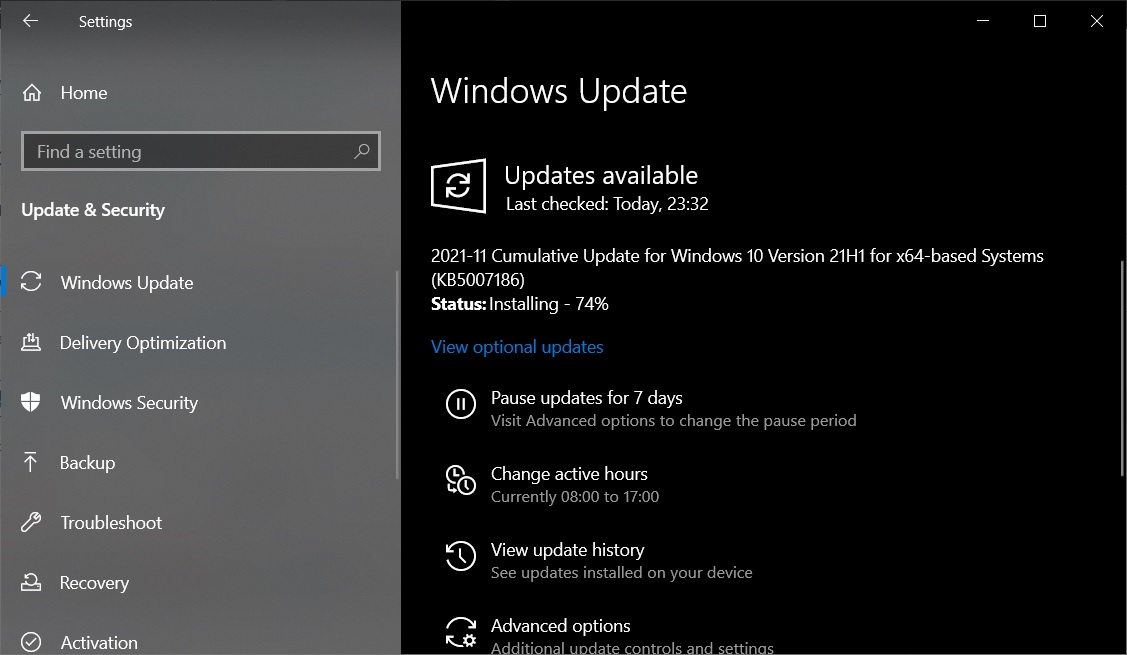 For enterprises and consumers, Microsoft has also addressed a bug that could prevent some users from viewing the out-of-box experience (OOBE) pages. This bug was experienced on devices using credentials of Azure Active Directory and if you press the Windows key five times.

Microsoft is also rolling out fixes for a bug affecting Assigned Access kiosks that use Microsoft Edge as a kiosk application. Microsoft has patched an issue where App-V causes black screens to appear when users sign-in on the credentials page.

Microsoft is currently not aware of critical issues in the latest patch.

It’s worth noting that Windows 10 version 2004 will reach the end of service in December 2021 and those still using it will be automatically updated to version 21H1 or 21H2 whether they like it or not.

Early next year, we’re expecting Microsoft to forcibly install Windows 10’s latest updates on devices running certain outdated versions. By early 2021, most users of version 2004 will be required to download and install version 21H1 or newer. If you’re using an unsupported PC, you will be notified of the end of service via a notice on the Windows Update.

November 2021 Update is around the corner

As mentioned at the outset, Windows 10 November 2021 Update (21H2) has cleared the final stage of testing and it is set to land in the production channel in a few weeks.

November 2021 Update isn’t going to be a big update as Microsoft’s focus is entirely on Windows 11. However, you’re actually going to get some new features when you upgrade to version 21H2.

Microsoft says the next feature update for Windows 10 will enable support for the WPA3 H2E standard, which is a new and enhanced Wi-Fi security. Additionally, Microsoft is also bringing a new deployment method called cloud trust to enhance the experience of Windows Hello for Business. This change would result in passwordless deployments.

For consumers and developers, Microsoft is enabling GPU compute support in the Windows Subsystem for Linux (WSL).