The figures in patent application appear to detail a foldable device that has piezoelectric actuators embedded in an edge region and a hinge region to provide haptic feedback responsive to touch detection. 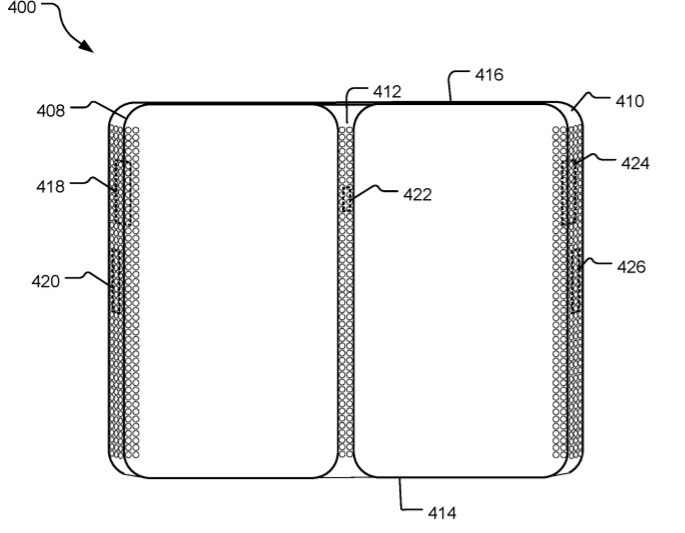 The touch-based volume rocker, power or any other buttons (eg camera) could be implemented on the back of the device and the sides boundary. 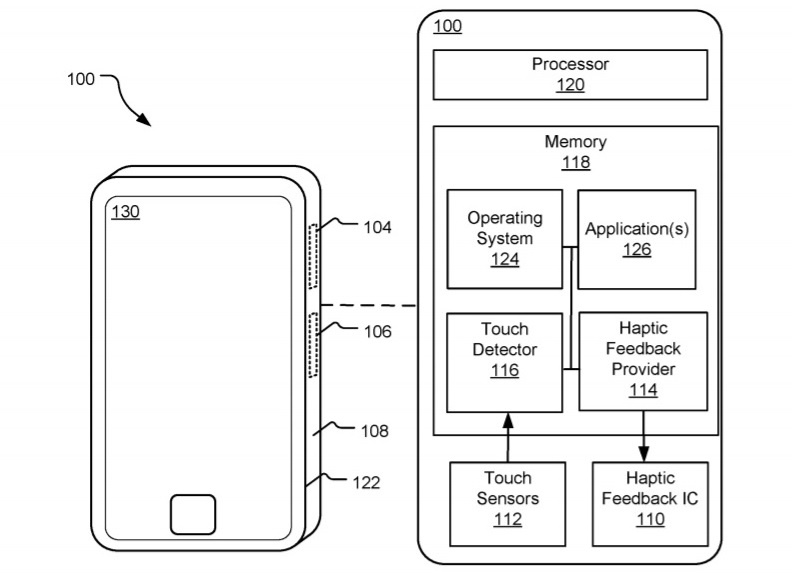 According to the patent application, the users will still be able to feel the haptic-based buttons with help of vibrations. A user may drag a finger along the external surface and feel haptic feedback (e.g., a vibration).

“In one implementation, the haptic feedback IC 110 provides localized haptic feedback in regions that may be felt within or close to the UI button regions 104 and 106 but not felt in other areas along the external surface 108. For example, a user may slide a finger along the external surface 108 and feel a vibration or other sensation when the finger crosses a boundary of one of the UI button regions 104 and 106,” the patent explains.

In November, a bunch of Microsoft’s foldable phone-related patents were published online. For example, a dual-screen patent with the ability to display 3D representation was published earlier this month. Another patent for a foldable device with the advanced audio system was detailed this month.

The patents are exciting and they do seem to detail the design of future devices. However, a patent application does not guarantee that Microsoft will turn this into a working product. Microsoft and other tech giants have filed multiple patents in the past which never turned into a consumer product.