There’s yet another interesting patent application by Microsoft which appears to detail a foldable dual-screen mobile device with the focus entirely on emulation of 3D representations of the virtual object.

Titled “MANIPULATING VIRTUAL OBJECTS ON HINGED MULTI-SCREEN DEVICE”, the patent was published by USPTO earlier this week and it details a Microsoft’s dual-screen device with the ability to render 3D representations of virtual objects.

“Users interact with multi-screen mobile devices throughout a variety of positions, including holding the device vertically, holding the device with a primary screen facing toward the user, holding the screen with a second screen facing toward the user, and other positions and orientations. However, users may encounter difficulties manipulating virtual three-dimensional objects on the two-dimensional screens. Conventional methods employ an external input device, such as a mouse, to manipulate virtual three-dimensional objects on two-dimensional display screens, which may be cumbersome and inconvenient for users,” Microsoft writes in the background section of the patent. 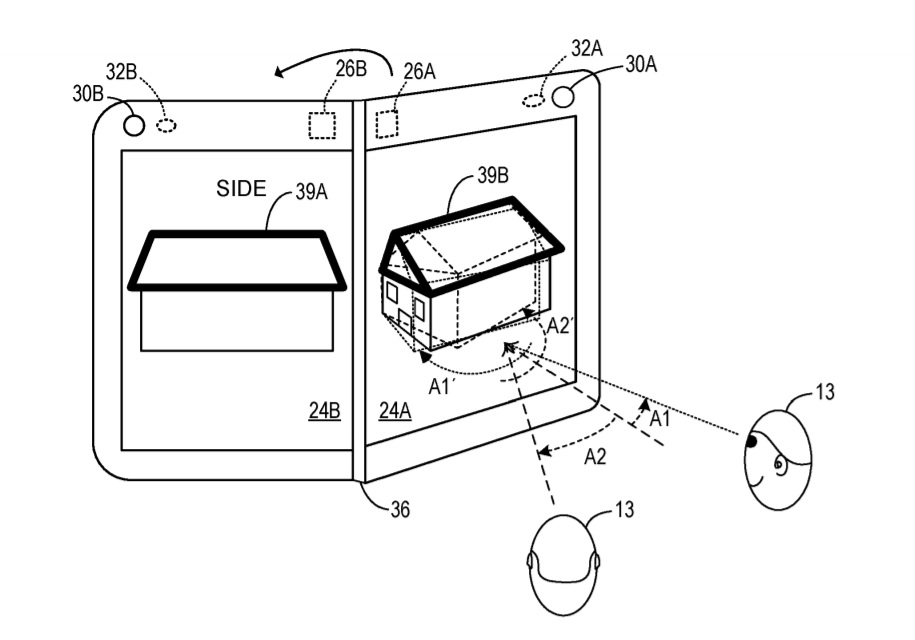 This week a new batch of patents were published showing off different ideas that Microsoft has for a foldable mobile device. For example, there is a patent which appears to detail a dual screen camera focused device, a device with the 3D audio system and a bunch of patents showing off apps running on a dual screen device.