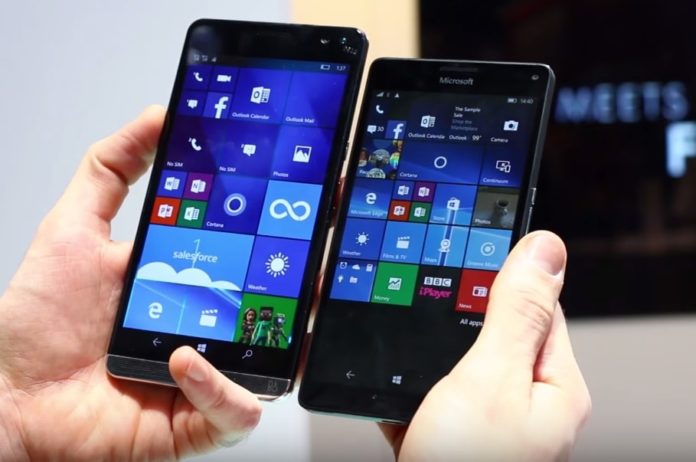 Windows 10 Mobile’s future has often been questioned by the fans and the critics. The Redmond giant is internally testing the Surface Mobile/Phone along with the new version of Windows 10 on Mobile. Microsoft recently moved Windows 10 Mobile away from the development branch, it is an indication from the company that they are giving up on the existing Windows Phones.

With CShell, Microsoft wouldn’t make a OS for mobiles, Windows 10 would scale its UI when needed. Windows 10 Tablet and Mobile will look similar as they both are small form factor devices. In short Windows 10 Mobile with CShell is actually the lightweight Windows 10 and not the mobile specific version of the OS.

Windows 10 on ARM won’t be coming to existing phones

Microsoft’s Joe Belfiore recently explained why Windows 10 on ARM won’t be coming to the existing phones. Here’s what Belfiore said during the Windows Insider Mixer Broadcast.

The other thing that’s interesting about this is that in all cases where you build ARM software, it’s not so easy to just put it on another device. The OS intermingles with what’s called the BSP (board support package), and that’s how the software talks to the SoC. There’s special work that has to be done to get the OS talking to the BSP, talking to the SoC, so it’s not like the PC ecosystem where we write an OS in the same binaries that run on lots of different PCs. With ARM devices with SoC, you have to more closely target it. So that is often the case why it’s more challenging for us to get updates to a wide range of ARM devices. They’re all quite different, which adds delay, and as the number of people using those devices gets smaller, it unfortunately makes less sense for us to invest more time and energy in that,” Belfiore said.