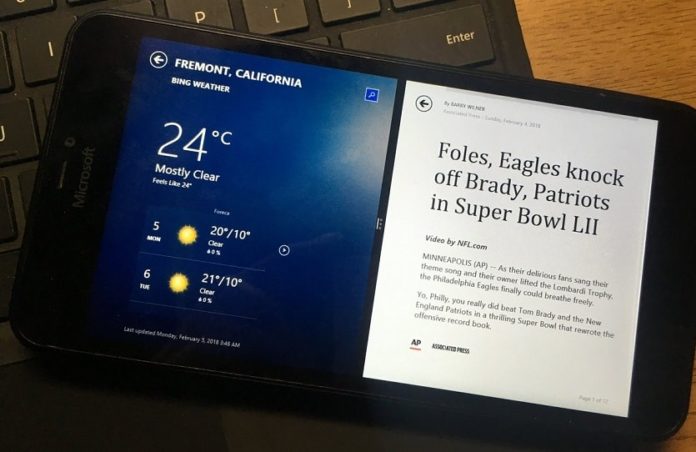 The project which is supposed to bring Windows RT to Windows Phone is now getting even more useful. The enthusiasts have been working to port the full version of Windows RT 8.1 to a number of Lumia-branded Windows Phone, thanks to the Windows Phone Internals Tool.

Developer Ben has successfully ported Windows RT 8.1 to a Lumia 640 XL and the handsets support all key features including WiFi and the desktop. Today, the developer has announced that Windows Store apps are finally running on the hacked Lumia Windows phone.

This news comes right after the announcement of GPU support on the hacked Lumia phone processor. Despite the low resolution of the phone the developer has managed to hack his phone and run the Windows Store apps, in other words, the project has reached yet another major milestone. If you would like to hack your Lumia and boot Windows RT, you can read the tutorial here.

The screenshots posted on Twitter shows the Lumia 640 XL with Windows RT 8.1 running the first-party applications such as Microsoft Weather app. What’s even more interesting is that the various apps run simultaneously in split screen mode.

Of course, a Lumia 640 XL running the full desktop version of Windows RT makes no sense and the project is not practical. There are some drawbacks of booting Windows RT on Lumia, for example, the hacked Lumia would never be able to get cellular connectivity, however, WiFi works just fine.