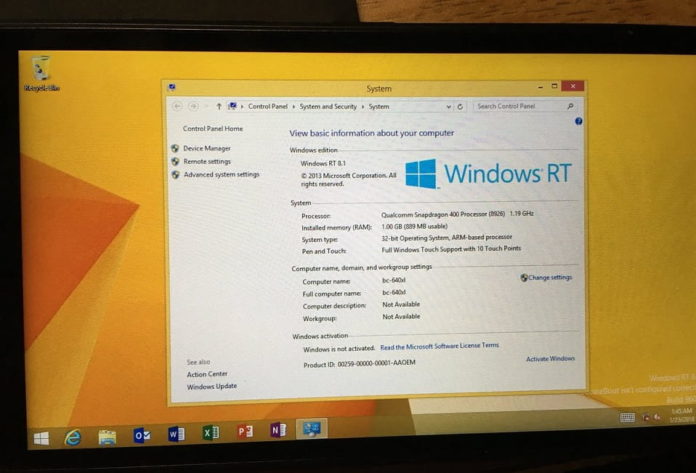 The developer has shared a brief tutorial that would allow the interested hackers to run Windows RT 8.1 on Lumia shipped with Windows Phone 8.1 operating system. We are not responsible for any damage that may occur while flashing the unsupported operating system.

If you would like to keep your Windows Phone alive by not necessarily using the typical ways of running hacked apps, you might want to install Windows RT. Windows RT 8.1 was originally created for PCs or Tablets, as a result the experience of hacked Windows RT 8.1 on Lumia Windows Phone won’t work as expected.

“For people asking cellular: No. Windows and Windows Phone shares a different RIL stack (even in post-OneCore era), unless you develop a set of tools that deal with AT commands, you will not get cellular connectivity on Windows RT on Lumias,” he added.