Microsoft has already confirmed powerful widgets are coming to Windows 11 via the app store, but contrary to what many people want, Microsoft is still silent on its plans to turn widgets into an evolved version of the classic gadgets that were part of Windows Vista and 7-era.

Windows 7’s desktop gadgets allowed users to read stock updates and get weather forecasts directly on the desktop with a quick glance at pinned gadgets. Gadgets were later dropped from the operating system and they never made a comeback, despite many users hoping that a similar feature would be added to Windows.

Windows 11’s widgets approach is completely different and it’s based on the news and interests experience. Additionally, only web-based widgets using Microsoft’s Adaptive Cards are supported, so overall, the new widgets feed in the OS is just revamped news and interests that you can already use on the taskbar.

However, Microsoft is now exploring support for desktop-based widgets with a feature called ‘search bar’.

In Windows 11 Build 25120, there’s a new floating search bar that appears right on the desktop, giving you access to Bing’s search bar.

As you can see in the above screenshot, Microsoft is adding a ‘search bar’ directly to the desktop. Unlike the classic gadgets, the search bar doesn’t offer any additional options to personalize the search bar or its functionality.

The search bar is also static and its position cannot be changed.

Similar to Bing, up to six suggestions will appear when you type a keyword into the search bar.

“To begin assessing this general idea and interaction model, the first exploration in this area adds a search box displayed on the desktop that enables you to search the web,” Microsoft said in the official announcement. 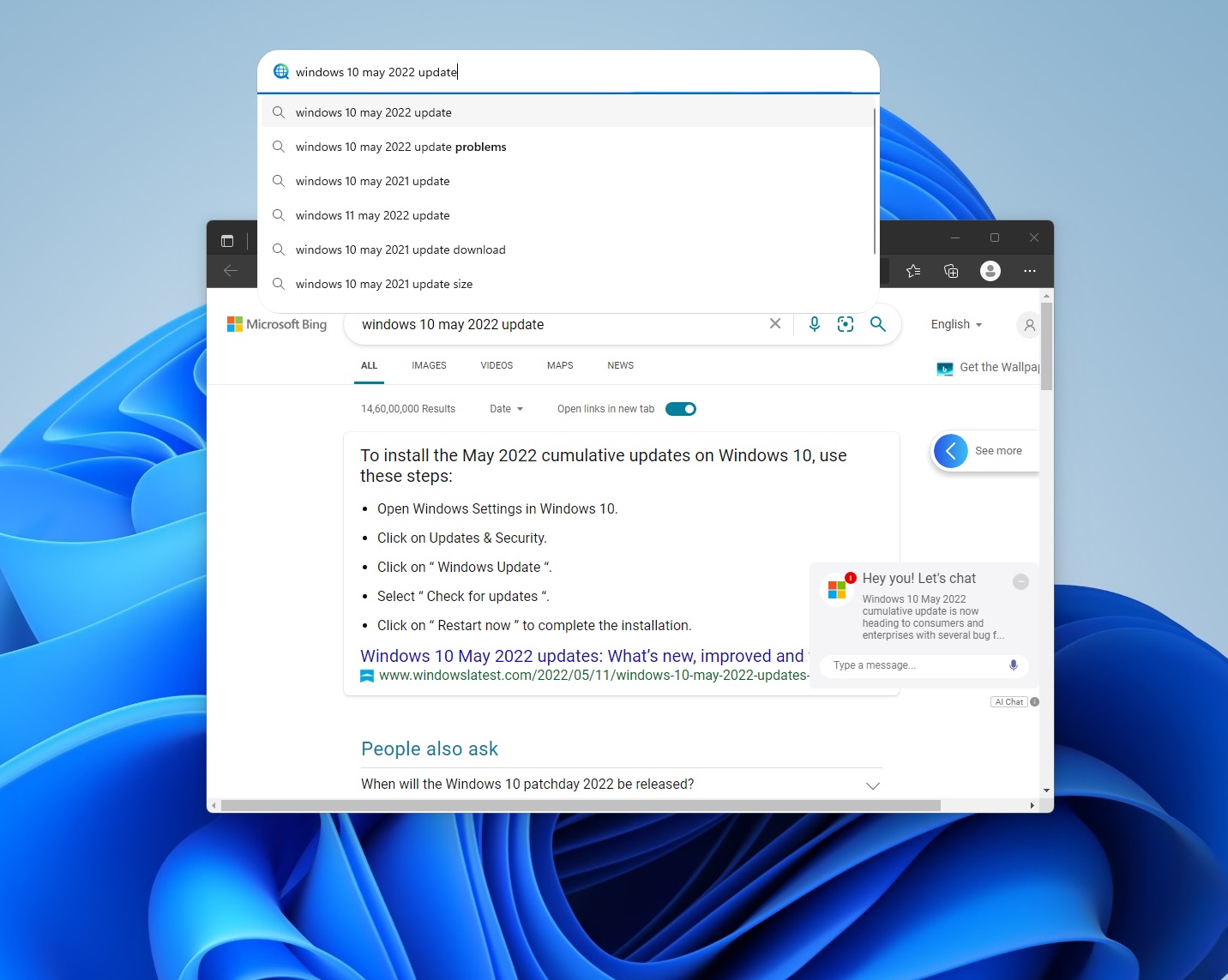 If you dislike the search bar, you can always disable it via the context menu.

The good news is that this could be the beginning of some sort of desktop integration of widgets and there’s a chance widgets feature will evolve into classic gadgets from the Windows 7-era.

It is worth noting that Microsoft is working on third-party widgets support for the widgets board, according to an announcement at the Build 2022 developer conference. Third-party API support would allow developers to submit their apps to the Microsoft Store and contribute to increased user engagement.