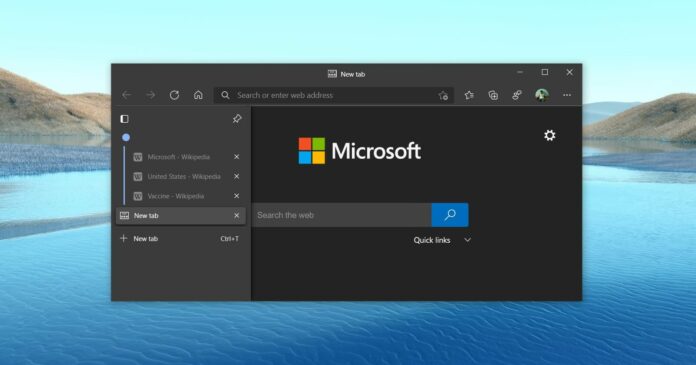 Google’s Chrome is popular but it has earned itself something of a reputation for being a resource-hungry browser. Microsoft Edge is also based on Chromium (the platform that powers Chrome), but the tech giant has taken various measure to improve things, and address poor performance concerns.

With a new feature, Microsoft is planning to cut down the animations when you’re not actively using Edge browser. This change is part of the performance mode, which was introduced earlier this month.

Edge (Canary) was recently updated with a new “performance mode” which will give it a boost over rival browsers on Windows 10. The experimental performance mode attempts to optimize both CPU and RAM usage to reduce battery/power consumption while ensuring browsing speed and responsiveness.

Thanks to the new update, those running macOS will soon benefit from improved performance mode too. In addition to macOS support, Microsoft Edge’s settings page was also updated with additional information on the upcoming performance mode.

Microsoft now states that performance improvements will vary depending on your device configurations and browsing habits, but users will notice at least three changes after turning on the optional feature. 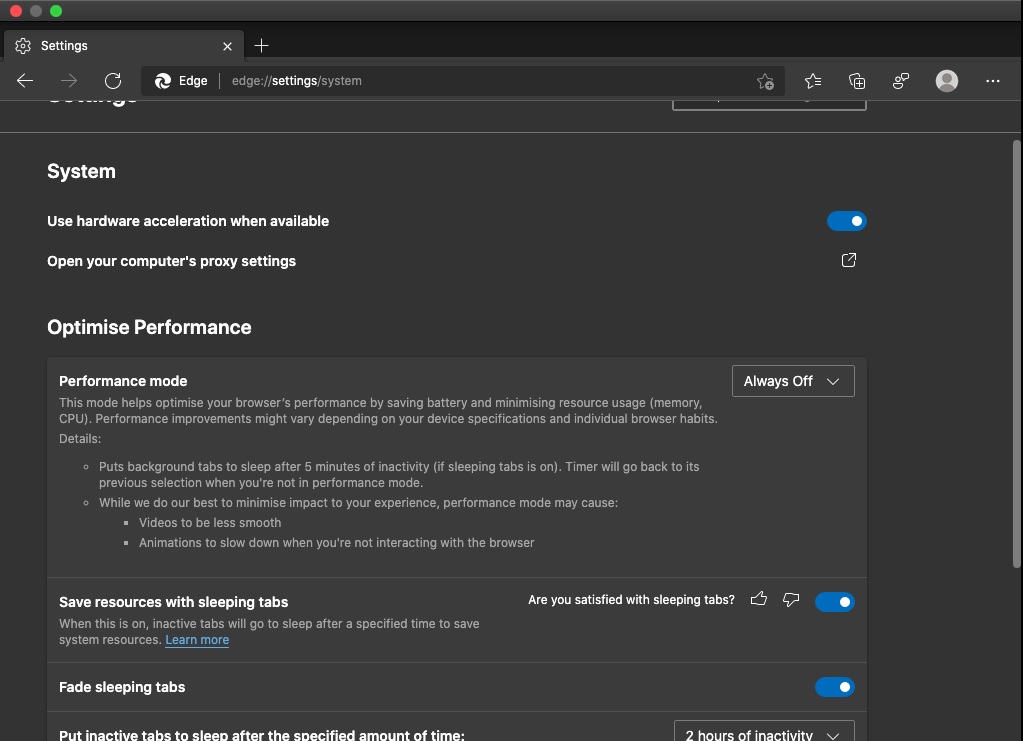 The company warned that video streaming will be less smooth when you use performance mode. Likewise, Microsoft Edge animations will also slow down when you’re not interacting with the browser.

The third change is for default sleeping tabs behaviour. Microsoft has confirmed that the background/inactive tabs will be discarded (go to sleep) after five minutes of inactivity instead of two hours.

Currently, when you enable sleeping tabs, Edge puts tabs to sleep after two hours by default.

How to test performance mode

Microsoft Edge performance mode is coming to both Windows 10 and macOS later this year. It’s currently hidden behind an experimental flag, but you can enable it by following these steps.

On macOS, launch terminal (bash) after updating Edge Canary to version 92 and enter the following command: 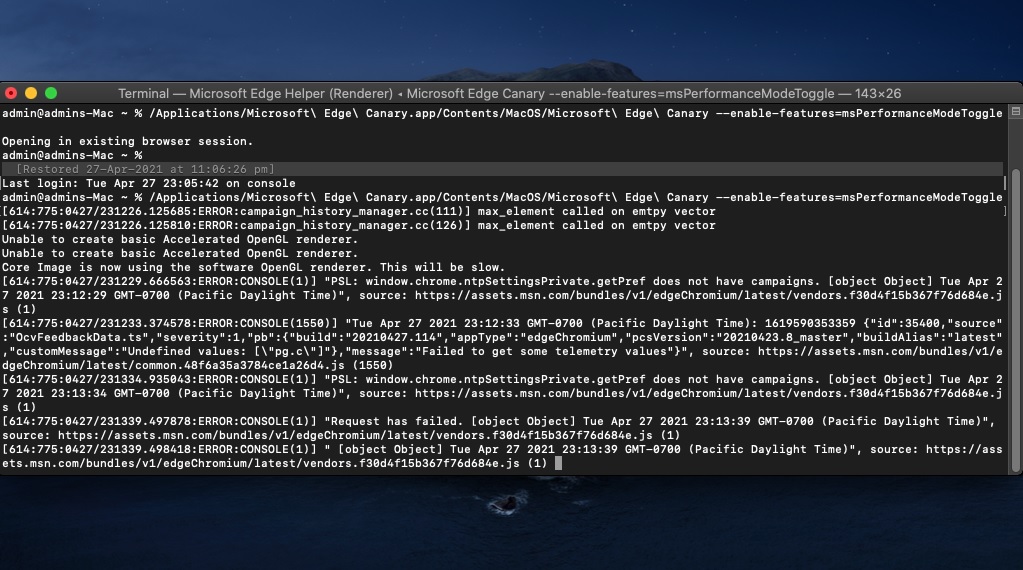 On Windows 10, you can simply right-click on the Edge Canary shortcut and append the following command in the Target field:

You can also run the executable file of the browser from the command line with the above code on the end.