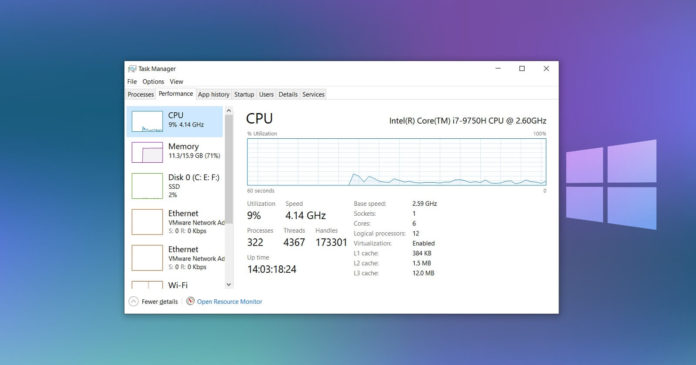 Earlier this month, both Microsoft and Intel released new updates for Windows 10. While the Windows 10 update has brought a number of fixes, it appears it has also introduced a serious performance issue where users will notice high CPU usage when doing normal tasks and FPS drops in games.

The spike in CPU usage has been reported by users after two updates were shipped this month – Windows 10 December update and Intel Driver & Software Assistant Tool update.

In some cases, the problem lies with Windows 10 KB4592438 and uninstalling the update should fix it. At the same time, there’s another high CPU usage bug, which is caused by Intel Driver & Software Assistant Tool (DSA).

Users have been complaining on Reddit about how their PCs now suffer from incredibly high CPU usage and the faulty process is ‘DSAService’.

DSAService is included with Intel’s software update tool for Windows 10 and it reportedly runs in the background frequently, which causes high CPU usage for some people.

“I was crazy about this. High CPU and disk usage… I couldn’t even see streamings and videos. I did uninstall that program,” one user noted in the Reddit thread.

The issue could be caused by an update to DSAService (DSAService.exe), which is causing spikes of around 50-100%, as well as FPS drops. At the same time, it’s possible that Intel’s DSA has an issue with the latest version of Windows 10, which is why some users are randomly seeing high CPU usage.

It’s possible that Intel and Microsoft are already aware of the problem and they’re working on a solution, which will be applied automatically via Windows Update or Intel DSA.