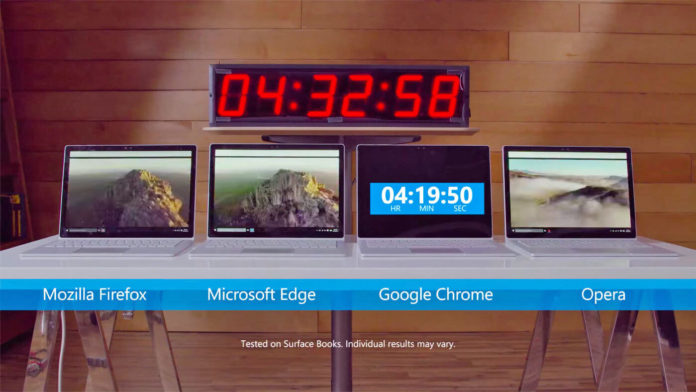 A group of engineers within the Microsoft Edge team is now working on another solution that they hope will eventually resolve Chrome’s battery usage issue. Microsoft wants the Chrome team to enable hardware-offloaded audio processing w/ large audio buffers on Windows 10.

The goal is to offer ‘improved power efficiency & longer battery life’. The existing Chrome’s solution uses audio service with smaller audio buffers and it does not offload the audio processing to hardware. The current method is CPU intensive and it decreases the duration in which the device can stay in a low power state.

Microsoft says that this feature will use the HTML Media Elements on Windows devices with supported hardware to stop Chromium from killing your device’s battery. It will also limit adverse effects on media playback scenarios and the audio processing experience could be better than what the existing solutions are currently offering with the non-offloaded audio pipeline.

According to the local testing, the proposal if implemented could result in average savings of ~150mW improvement.

William Carr from Microsoft engineer team has already started working on this feature and the last commit was made on August 8. The audio offloading support should land via an experimental flag on supported Windows 10 devices.