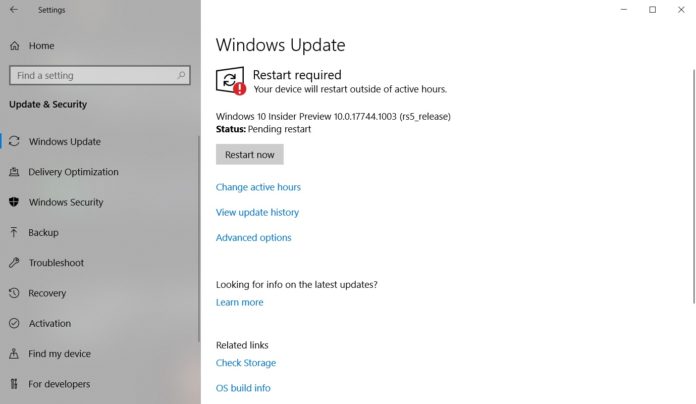 Several reports claimed that Build 17763 is the final version of Windows 10 October 2018 Update and today we have come across another evidence that confirms the speculation.

Windows 10 Build 17763 ESD has been discovered and this could be an evidence that the Build 17763 is the “RTM” if blocking-bug is not found, as it happened with Windows 10 April 2018 Update.

Shared by user abbodi1406 on MyDigitalLife private forum, the products xml page containing the ESDs suggest that the Windows 10 October 2018 Update will arrive on October 2 but there’s no strong evidence to support this claim.

Microsoft is also holding “a moment of your life” event on October 2 and there’s a chance that an announcement in this regard will be made at Microsoft’s October 2 event.

Shortly after the press conference, Microsoft may also roll out the Windows 10 October 2018 Update to compatible computers. As it happened with Windows 10 April 2018 Update, the next feature update will roll out in stages to the first wave of systems. 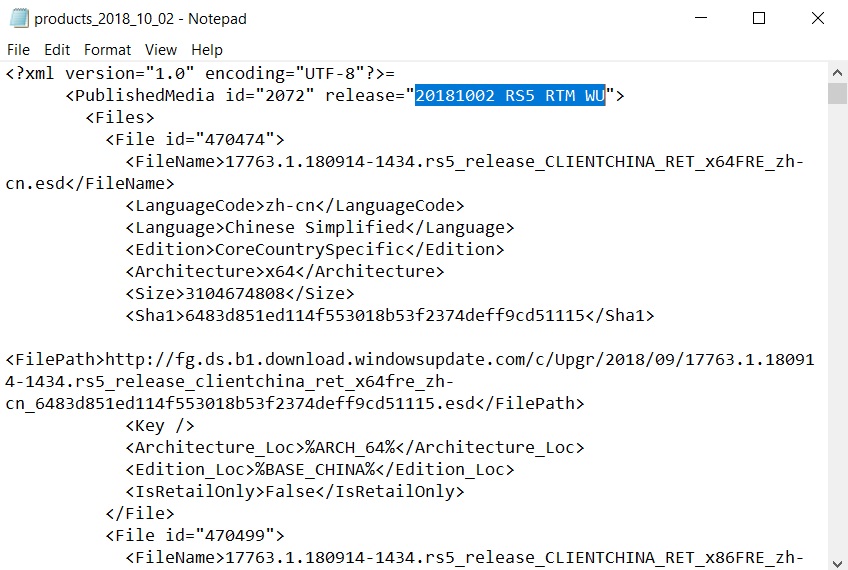 It’s worth noting that the same build number is available in the Fast ring, Slow ring and SDK. It’s also available on Xbox One and HoloLens which indicates that Build 17763 is the RTM.

If this build is indeed the RTM candidate of the Windows 10 October 2018 Update, it should be pushed to the Windows Insiders in the Release Preview ring by next week and Microsoft will start rolling out cumulative updates to Insiders with additional fixes before the public rollout.

Microsoft prefers staged rollout to diagnose bugs and resolve compatibility issues before releasing the update to all devices. In other words, not everyone will get it on day one but you can download Windows 10 ISO files next month or join the Insider preview program to install the update.

If you’re preparing your PC for the next feature update, make sure you’ve enough free storage otherwise the Windows 10 update initialization might fail.