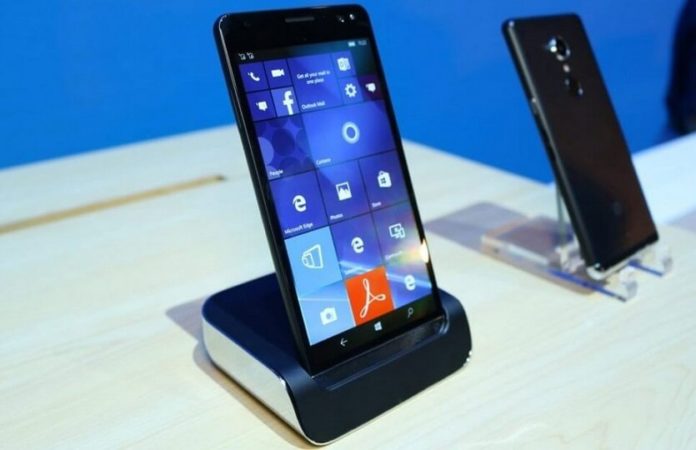 Microsoft is internally testing the Surface Phone with Windows Core OS, a new modular OS for the mobile devices. A new rumour recently claimed that HP is already testing a Surface Phone like mobile device with Windows Core OS. In the past, Microsoft and HP have worked together on flagship Windows 10 Mobile the Elite x3. HP was even planning to launch the Elite x3 successor and similar Windows Phones, however, due to a change in strategy at Microsoft’s end, HP had to give up on Windows 10 Mobile.

While HP did put another nail in the coffin for Windows Phone by ditching its plan for the Microsoft’s mobile platform, this doesn’t mean that HP has completely given up on the idea of ‘Windows 10 on Mobile’. Recently, reports from unreliable sources confirmed that Microsoft’s OEM partners are also planning to bring Windows Core OS powered mobile devices to the market by late 2018.

HP is testing the Windows Core OS on several prototypes, one of them appeared at MWC features a 3GB of RAM, Snapdragon 821 processor and an improved design with gold finish.

The rumoured Surface Phone seems to be the hope for Microsoft to get back into race and maybe even surpass other companies in the mobile making. The Surface Phone is rumoured to have Windows Core OS along which improves the universal Platform and also solve the app unavailability problem. But, Microsoft shouldn’t stop here because this is not going to attract as many as customers Microsoft should get in order to get back on track. They’ve got to come up with a brilliant technology like no other.

HP, Dell and Lenovo are reportedly working with Microsoft to launch new Windows Core OS mobile devices. The rumours earlier claimed that the devices will be launched next year along with the Surface Phone. We’ll likely have to wait until 2018 to see what’s next for Windows 10 on Mobile.