Kantar just published the smartphone market share report for the three months ending in August 2017 and things are still down for Windows Phone which is not surprising given the fact Microsoft has already given up on its mobile business.

Microsoft’s mobile platform used to be quite popular in the France, however, things have changed now as Windows Phone has dropped from 5% to just 0.9%, a significant drop of 4.1%, it appears that most of the users have switched to Android and iOS. 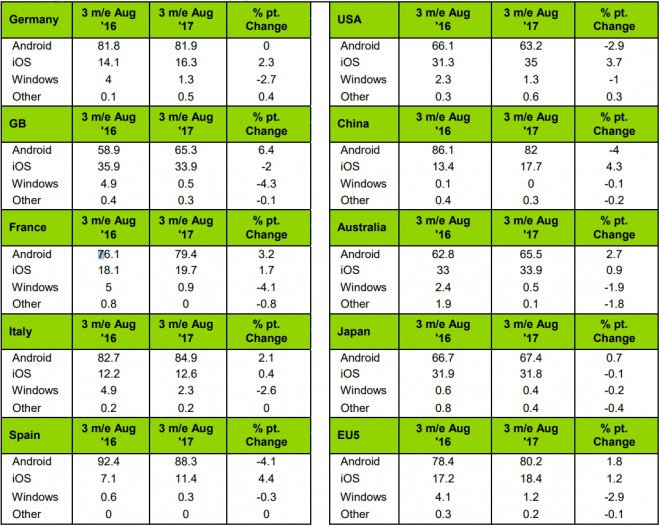 As Microsoft Lumia brand has been (almost) discontinued and the third-party OEMs are no longer interested in Windows Phone, the mobile platform will continue to decline. Recently Microsoft’s Joe Belfiore also confirmed that Windows Phone and the hardware is no longer a focus and even advised the users to switch to other platforms if Windows Phone doesn’t meet their needs.