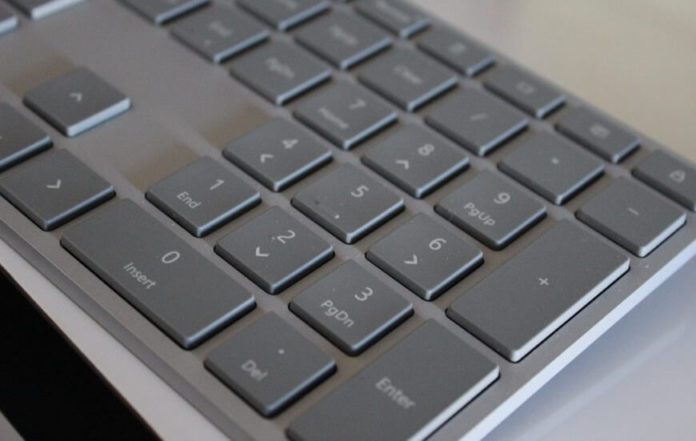 Microsoft’s new patent has revealed that the next Windows 10 device from the Redmond giant might come with integrated fingerprint sensor in keyboard keys. As the fingerprint reader is still in trend, it makes sense for Microsoft to use the technology inside the keyboard keys to save the space.

“A sensor key having an integrated fingerprint sensor is included within an arrangement of keys rather than being provided as a separate or external component,” Microsoft’s PengFei Lei explains in the patent. The company further explains that the sensor key would match the other keys and it is not visible from the surface of the key.

The fingerprint sensor is still one of the best ways to make access to devices even more difficult for other. On the other hand, Microsoft’s Windows Hello scans the Iris to unlock the Windows 10 devices but it’s not as fast as the face recognition biometric or the fingerprint unlock. What do you think about the new patent? Let us know in the comments below.