It appears that even Microsoft can’t stop the market share of the platform from dropping. Today, Kantar has released the new report for the 3 months ending July 2017. The new report reveals that Windows Phone’s market share in the USA has dropped to just 1.3% from 2.4% last year.

Another shocking change is that Windows Phone now owns 0% share in the smartphone market in China. Last year, the OS had 0.2% market share in China but now it seems Windows Phone has been phased out in the country. 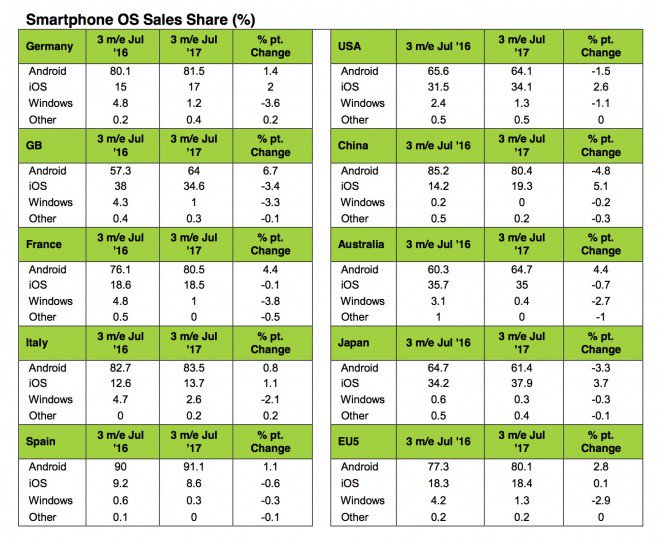 It is quite apparent to see big drops in Windows Phone market share as Microsoft and even its partners are no longer launching new phones. Recently, IDC also reported that Windows Phone fell to just 0.1% share whereas Android is up to 85%.