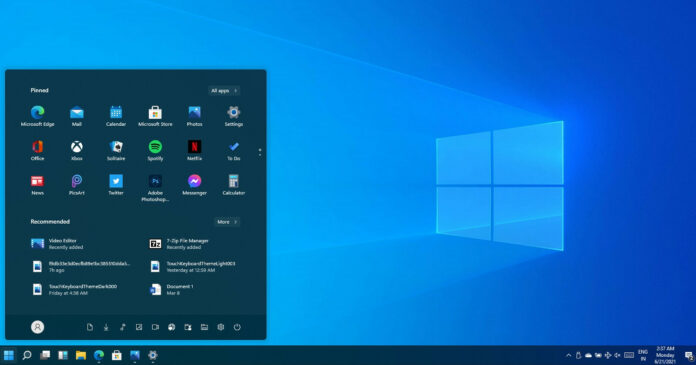 Microsoft is set to announce its new operating system “Windows 11” alongside the new Windows app store on June 24. Although the company hasn’t officially shed any light on what it intends to reveal, we’re pretty certain by now that Windows 11 will be positioned as the next generation of Windows.

With the number of teasers and leaks, including the most recent developer preview build leak, it’s hard not to be confident of that fact. Despite the leaked build and number of official teasers, there are many people who believe that the leak from China was fake and Windows 11 doesn’t exist.

If you’re still doubting the reports, Microsoft has accidentally published a new support document that confirms Windows 11 is real. Thanks to the Github listing, we can see that Microsoft’s Azure documentation has already confirmed the existence of Windows 10 successor.

While this leak seemingly confirms Windows 11 will co-exist with Windows 10, it doesn’t reveal anything pertaining to its global launch schedule.

We’re yet to discover if Windows Insiders will receive the preview builds on the same date as the announcement. Although we’d hope Microsoft would synchronize the preview build launch with the official event, we can never be sure with the tech giant.

We also don’t know if the stable builds will be released in October. There’s a possibility that the update will ship during the holiday season on a range of new devices from OEM partners.

The release date of the stable build depends on the telemetry data and feedback from Windows Insiders, but Microsoft is not going to rush the release of the new OS.

Thankfully, we only have three days left to wait before Microsoft reveals all.

Windows 11 leak has already confirmed a subtly redesigned interface is in the cards and it would change the alignment of the Start menu and taskbar buttons. Like Windows 10X, Start Menu and taskbar icons are now centered, but users can always relocate everything to the left-hand side from the native settings app.

Some of the important Windows 11 changes include rounded corners for Start, Windows Search, menus and other windows. Microsoft has also updated legacy features like Control Panel and Device Manager with rounded corners, and a touch of Fluent Design’s shadow effects.

In addition to these cosmetic improvements, Microsoft is also believed to be working on new gesture controls and improved window snapping experience, according to leaked build and documentation.

Microsoft has yet to comment on the leaks and rumours as of this writing, but it will be interesting to see what the tech giant has in store for users, other than the leaked Start Menu and rounded corners.