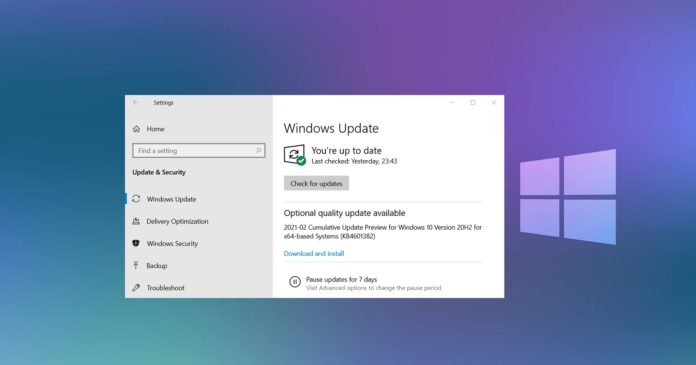 Windows 10 KB4601382 is an optional update and it can be installed by manually clicking on the ‘Download and install’ button in the Settings app. Unlike the last security update which was released in the second week of February, this one comes with a long list of bug fixes for critical issues reported over the past few months.

You should be able to find the patch by navigating to Settings > Update & Security > Windows Update > View optional updates. In the Settings app, you’ll see the following patch highlighted under the “Optional quality update available” section:

In some rare cases, the above steps may not work if there’s a problem with the Windows Update Service and installation will fail. For those affected, you have to go to the Microsoft Update Catalog from the links given below, enter the KB number of the update in the search box.

Once done, download the standalone distribution package in the correct format and double-click on the .msu file to run it. You can also try the offline installer if you’ve multiple devices and you don’t want to download the patch for each machine.

In the release notes, Microsoft confirmed that the optional preview also comes with improvements for servicing stack, which was simplified earlier this month. 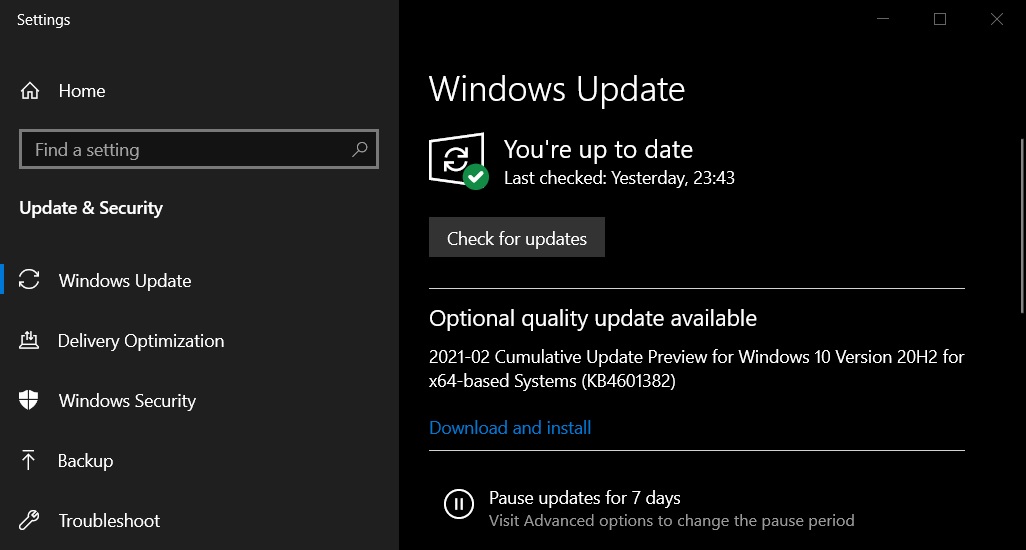 This will improve the component that is designed to install Windows Update and it will also ensure that your device has a reliable servicing stack so that it can receive emergency patches quickly.

For those still using Internet Explorer, Microsoft says it has fixed an issue where the memory leak is experienced.

Microsoft has also fixed an issue that prevents desktop apps (Win32) from opening on all user accounts. Another bug has been fixed where unexpected screens are displayed during the setup of Windows Out of Box Experience (OOBE).

Windows 10 Build 19042.844 will fix an issue with the Settings app where incorrect refresh rate numbers are displayed for HDR-enabled monitors.

Likewise, this optional update has also resolved an issue that might prevent certain apps from opening when they rely on OpenGL. For low-latency monitors, Microsoft is addressing video playback and Desktop Windows Manager (DWM) issues.

Remember that this is another optional cumulative update and you can always skip it to get these fixes in the next Patch Tuesday, which is currently scheduled for March 9, 2021.