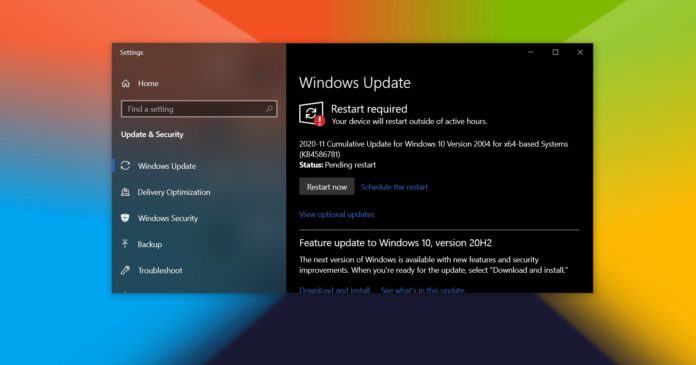 Last year, Microsoft made the decision to simplify the Windows 10 update process by incorporating the servicing stack updates and latest cumulative update into a ‘single package design’.

According to Microsoft, the single package design could streamline the whole update process and reduce Windows 10 installation issues, especially when you’ve to manually update computers in an organization.

In multiple support documents, Microsoft has confirmed that SSU (service stack update) are now combined with the monthly cumulative update for Windows 10 version 1809 or newer.

For those unaware, servicing stack updates are released every month with reliability improvements for the update process. These updates are designed to mitigate potential issues while installing the monthly cumulative update and a problem is likely to be encountered when SSUs are skipped

SSUs are installed automatically when you update your device via Windows Update Settings. However, SSUs can be skipped when you manually install updates via the Microsoft Update Catalog. This could lead to issues when installing future cumulative updates.

With February update, Microsoft is ensuring that SSU and cumulative updates are included in the same package.

This change will come into effect only when you install the February updates from the Windows Update. Once done, Windows 10’s usual cumulative updates will include servicing stack updates (or SSUs).

In addition to these improvements, Microsoft has also fixed numerous issues with this month’s cumulative update. For instance, the Redmond firm has fixed issues with Windows Credentials Manager, File Explorer, browsers, multitasking, and more.