Microsoft is bringing Google Discover-like news feed to Windows 10 with the next update, which is set to arrive in the second half of 2021. It’s understood that the news feed will be present in the taskbar, as an option, which means you can choose to use it or hide it with a right-click on the icon.

This feature is part of the Windows Shell Experience and it cannot be disabled or uninstalled manually, just like Windows 10 Meet Now. With the feature, you can see interest-based news and weather updates on the Windows taskbar, and it’s all powered by Microsoft’s MSN network.

As you can see in the screenshot below, each news item is in a card and you’ll be able to filter the feed with categories, giving you a better picture of what topic those articles fall under. 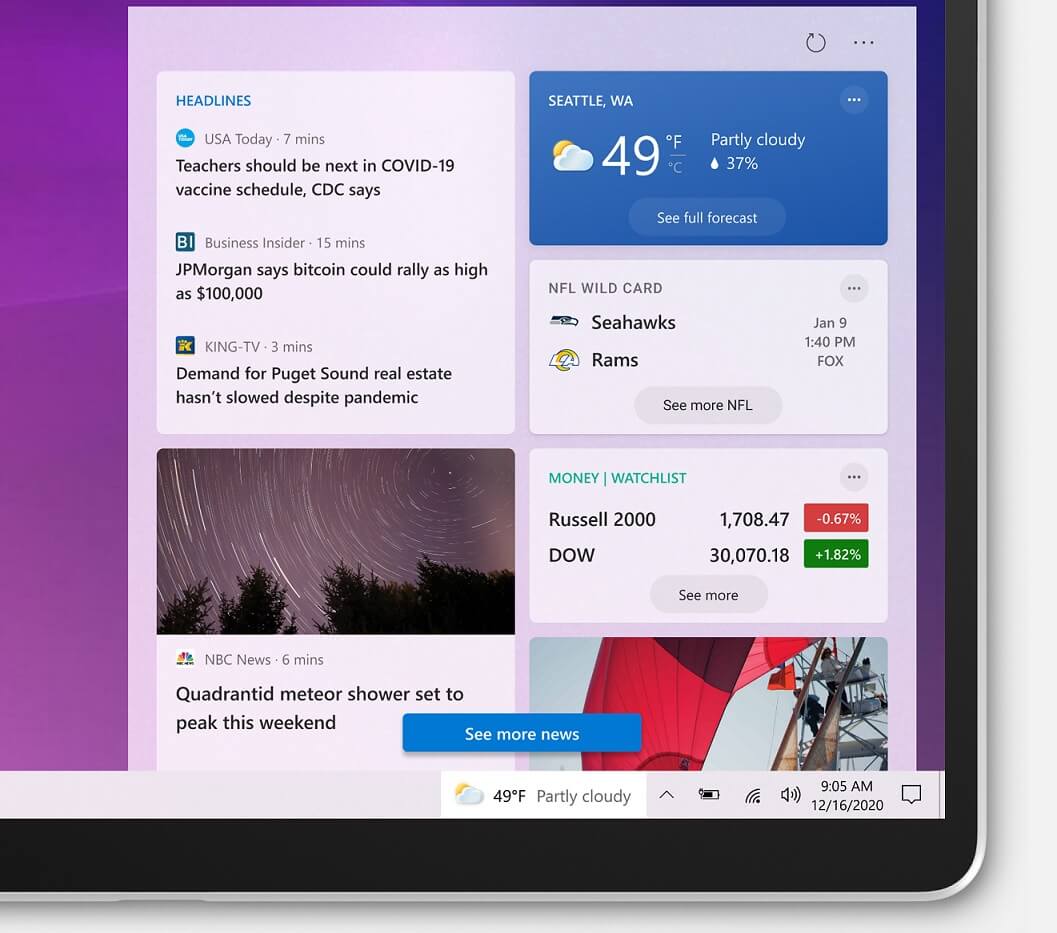 Tapping on categories like sports lets you explore that specific topic and access articles relevant to that topic, including live scores and more visual content directly from the taskbar.

This feature is currently live in Windows 10 Build 21286 and it might ship with the Sun Valley / 21H2 update in October. If you want to test it now, you would need to download the preview build and switch your device region to the United States, Canada, Great Britain, Australia, or India.

It’s also worth noting that the news feed requires Chromium-based Microsoft Edge and it’s currently in the early stage of development, so it’s unclear if it will be included in the next version of Windows 10.

In addition to taskbar improvements, Microsoft is also believed to be working on a Windows 10 feature update with a new user interface and dark mode improvements.