Over the past few years, we’ve seen a growing number of rumours that suggest Microsoft was working on some kind of Windows pocketable device internally codenamed “Andromeda.”

According to older reports, the hardware of the cancelled Andromeda and Surface Duo is identical, and the form factor is also similar but one key difference is the camera hardware.

In fact, a Microsoft presentation on the subject of Azure DevOps also carried a surprising reference to AndromedaOS. Later, more evidence emerged confirming that a new Windows shell is being developed that would be needed to run Windows 10 on a pocketable gadget. 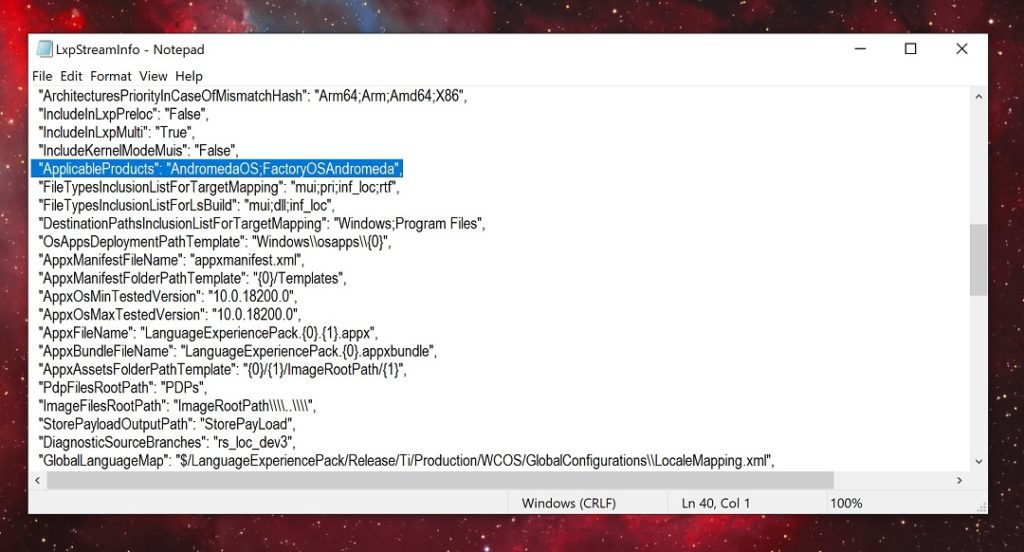 A few months later, an internal memo revealed that Microsoft abandoned the development of Andromeda software, but the dual-screen hardware was still being worked on. In fact, it is believed that Microsoft replaced Windows in favour of Android on the same hardware.

Earlier this week, Microsoft published the factory image of the Surface Duo and codebase digging has revealed Andromeda OS origins.

A few attestation certificates refer to the device by its original codename ‘Andromeda’ and firmware partitions are signed using a certificate named ‘Andromeda’, which was issued in 2017. This suggests that the device and Andromeda OS were in development for more than three years.

In non-technical terms, Surface Duo’s firmware includes the code commits that Microsoft made years ago for the Windows Andromeda OS. This means Surface Duo used to run Windows a few years ago with Qualcomm’s Snapdragon 835 processor, which was released in 2017.

Probably, the main issues though is the lack of some acpi tables which will hurt a lot like MADT, MCFG, and more

This would also seem to indicate that it’ll be possible to run Windows 10 on Surface Duo in future if developers are willing to port the desktop OS, although obviously, we’d be foolish to attempt to draw any conclusions that Microsoft will officially launch Surface Duo-like device with Windows.