Initially, many things including WiFi, Bluetooth and sensors were broken on hacked Lumia 950/950 XL. However, the project has matured and developers have managed to enable almost all important features.

In September, the group of developers confirmed that the team has managed to get several sensors working with Windows 10 on ARM. Basic and advanced sensors including compass, light sensor, accelerometer and orientation are working on both Lumia 950 and 950 XL.

With Windows 10 20H1, Microsoft removed the APIs that enabled cellular support on the hacked phones.

Gustave, one of the developers behind the project, has confirmed that he has managed to get cellular connectivity working with the 20H1 builds.

Cellular data, messaging and even calling appears to be working. According to the independent developer, the new changes will be released for the Lumia 950/XL

Microsoft has removed Windows 10 Mobile RIL functionality from Windows 10 20H1, but the cellular support is still working because the dev has reimplemented the RIL API. 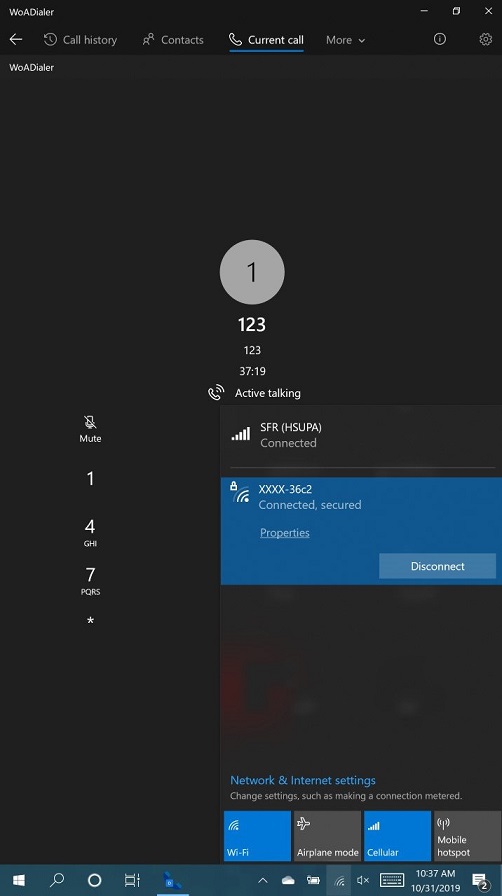 “The calls are still native to windows, the modem initialization and communication is all custom now though,” Gustave noted. “Calls are tricky because we need to send a WNF event for call registration which contains 3 bytes that are linked to the SIM, but no idea how”.

Windows 10 Mobile support is set to end in one month and Windows 10 on ARM project could be the perfect replacement if calling works natively.