Windows 10 version 1903 has fewer major new features than version 1809, but you’ll notice several nifty improvements. Here are the ones you’ll likely want to upgrade for.

In older versions of Windows, the system retained two different display brightness when the device was on battery mode and plugged in. Windows 10 May 2019 Update sets just one common setting for both scenarios.

The brightness simply doesn’t change when you unplug your laptop.

Windows 10 version 1903 also updates the default downloads folder sorting. Normally, users don’t change the name of the file before downloading it and the default names aren’t always very memorable. As a result, the recently downloaded file gets lost in the downloads folder.

Microsoft is updating File Explorer to show the most recently downloaded files at the top of the list irrespective of the file name. It is worth noting that Microsoft won’t change the sorting if you’ve already modified the current sorting from the default in any way.

After installing the update and extension, you’ll be able to view image thumbnails and camera metadata of raw files right in File Explorer.

(It is unclear whether RAW image support will make it into the final version of Windows 10 May 2019 Update).

Reset this PC now has a better UI 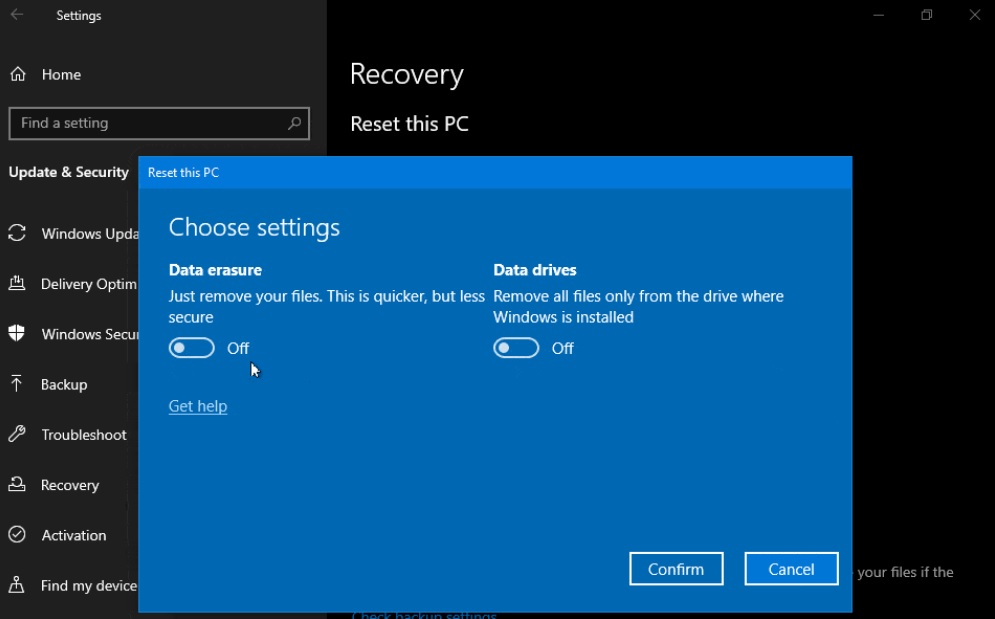 Microsoft is also revamping the UI for Reset this PC wizard which is part of Settings > Update & Security Recovery. The changes are designed to deliver a more consistent experience across devices and requires fewer clicks to complete the process. 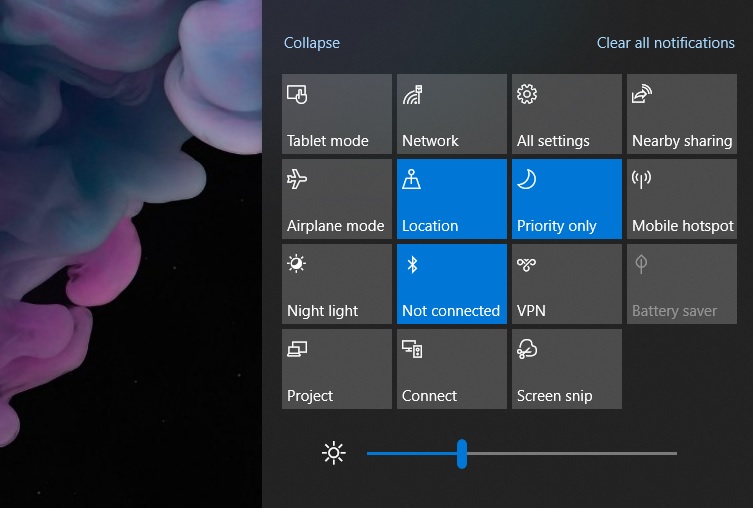 Action Center is finally getting the highly-anticipated brightness slider instead of a button. You can now customize the brightness directly from the Action Center by adjusting the slider.

You can now also customize your Quick actions from the Action Center itself. As shown in the screenshot below, you have to right-click on any action to remove or swap it with something else. You don’t have to visit the Settings page to customize Action Center anymore. 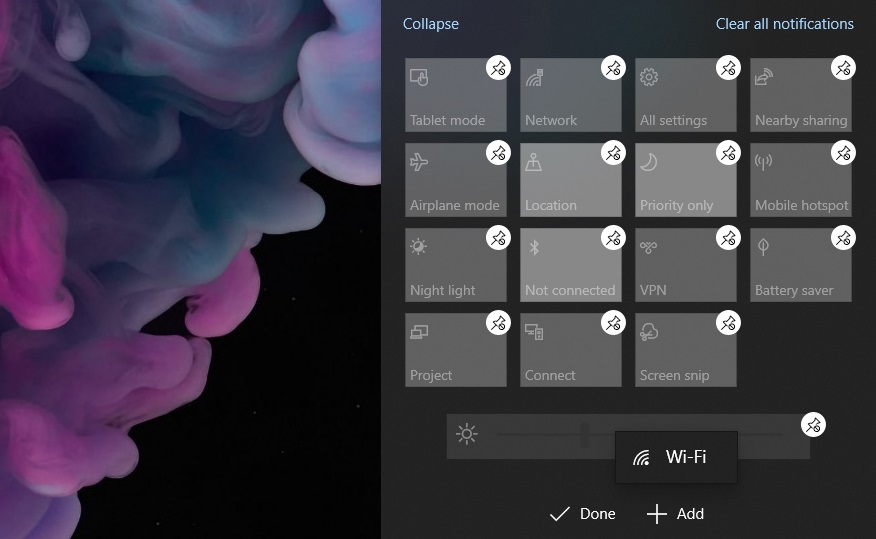 Microsoft recently added a feature to Windows 10 that allowed users to manually fix the scaling and blurry apps issues. In the previous version of Windows, this feature was disabled by default, but in May 2019 Update, Microsoft is enabling the setting by default.

Windows can now automatically address some of your scaling problems with certain Win32 applications and games. It also reduces the number of times you see that “Fix blurry apps” notification.

Notifications and other distractions can destroy productivity and entertainment. On Windows, notifications slide in from the side of the screen and it is distractive.

Focus Assist is Microsoft’s solution to deal with the heavy amount of notifications when playing games. 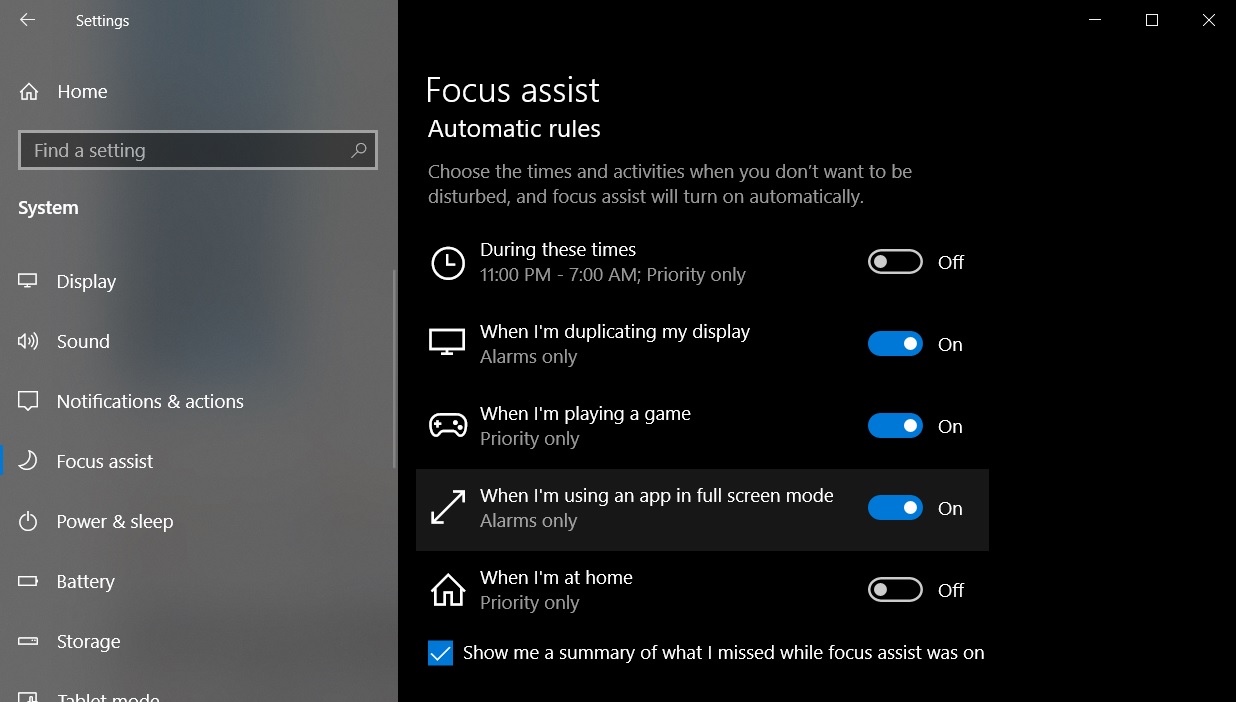 Until now you’ve had to manually toggle it on and off to use Focus Assist, but May 2019 Update enables it automatically when the user is playing a full-screen game or watching any content in full-screen mode. 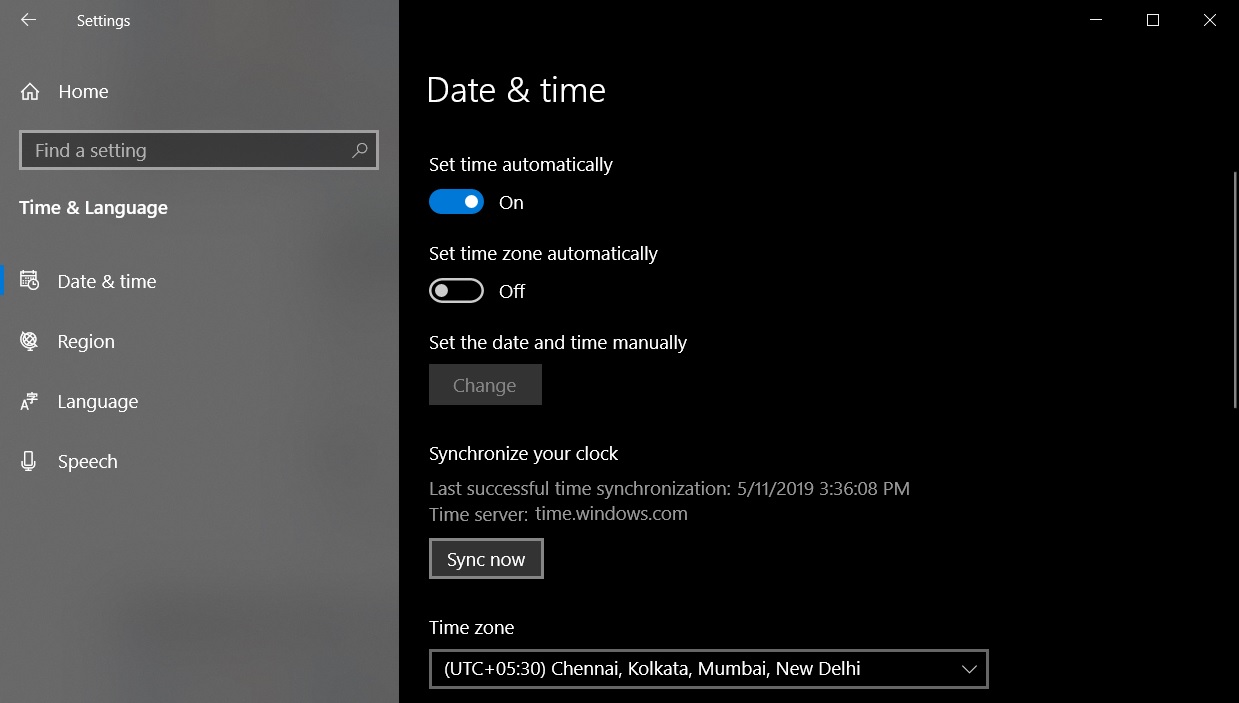 It’s annoying when the clock in Windows refuses to adjust itself and display the wrong time.

Microsoft is finally addressing this problem and now there’s a button to sync the PC with a time server manually.

Windows 10 May 2019 Update also improves the overall performance in two ways – robust fixes for Spectre vulnerabilities and a separate process for Start menu.