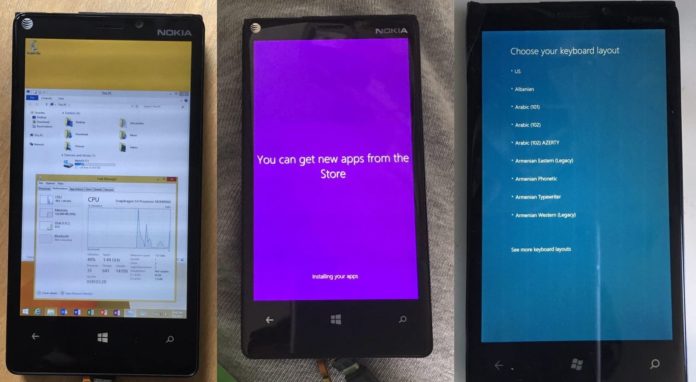 Just a couple of months after booting Windows RT and full Windows 10 on phones like Lumia 830 and 950, the developers have now managed to port the project to the Lumia 920.

Keep in mind that this is highly experimental but as the project allows anyone to get full access to Lumia phones and install unsupported operating systems, we can expect slightly automated process in near future.

Developer Gustave has shared a couple of screenshots proving that the Lumia 920 can also boot a full version of Windows 8.1 RT. The Windows Phone enthusiasts have been developing a way to load up Windows RT onto a Windows Phone handset (mostly the Lumia phones such as the Lumia 950 and 930) for a while now.

According to reports, it seems to have been a particularly successful project so far. The developers are still working on it and while at the moment the process to flash a custom ROM on Lumia is difficult, we can expect many more interesting and easier hacks in the future.

You can see screenshots of the OS running on Lumia 920 Windows Phone down below. The phone with Windows RT 8.1 seems to run just fine and the desktop is also working as expected. The OS is of course not polished enough for a handheld device but the previous reports had revealed that you can do pretty much everything on it. 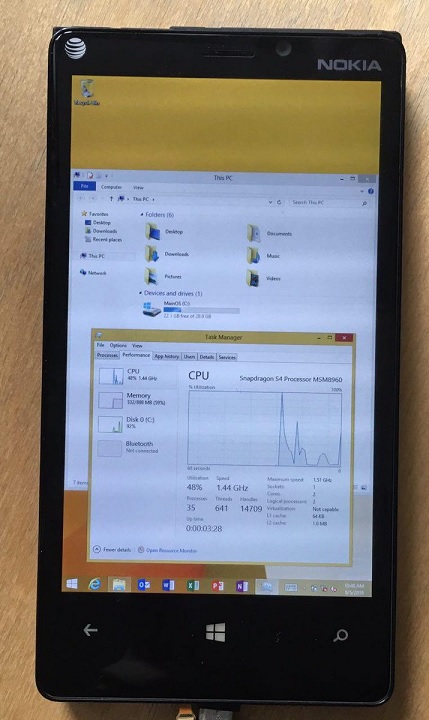 Windows RT on a phone project sounds really interesting and while I can’t personally think of any reason to hack my Lumia phone, it’s likely that there are tons of fans who would be interested regardless of the risk and expertise involved.

“The steps are still complicated for the average user, even more than x3x and higher lumias, will surely need automation or something,” Gustave explains in a tweet.

The project is still a work in progress. Recently the Windows Phone Internals, the tool that lets you unlock the bootloader of Lumia phones was updated with support for latest Windows 10 Mobile builds.

Microsoft has already discontinued the Windows Phone platform and the company is no longer develop any new features for the OS. The rumour has it that Microsoft is internally testing Windows Core OS and the rumoured dual-screen Andromeda for 2019 release.