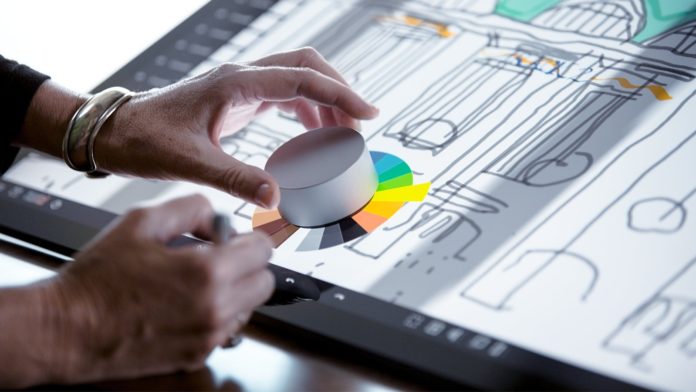 Microsoft is rolling out a new firmware update for its Surface Pro 4 users which is termed as April 2018 firmware update. The update brings the much awaited Surface Dial support for the Pro users.

The Surface Dial was announced in the year 2016 and its arrival was delayed for close to a year. But finally Microsoft has rolled out the feature to its Surface Pro 4 users with the latest firmware update.

The Surface Dial enables radial menu which provides touch controls for various activities. The latest firmware is available with version 2.0.2.0 which includes support for Surface dial.

The Surface Dial supports a good range of apps like CorelDraw, Djay Pro, Spotify and more with Microsoft expected to add support for Microsoft Office in the coming days or weeks. The Surface Dial is currently available and sold by Microsoft separately for $99.99 and currently has only limited app support which we expect to be increased over a period of time now that Microsoft has rolled out support for Surface Pro 4 users.

Microsoft says: “With Surface Dial in one hand and Surface Pen in the other, you can unlock your creativity with easy access to shortcuts, controls, drawing tools, and more,”

The main point to be noted for the Surface Pro 4 owners is that in spite of getting the support for Surface Dial in the latest firmware update, users would  need to purchase the Surface Dial from the Microsoft Store at a price of $99.99.

If any of you are using a Surface Pro 4, you will be able to download the firmware update via OTA by going to Settings>Update & Security>Windows Update>Check for updates.