After being initially available to insiders, Microsoft is now rolling out the new OneNote experience for all Windows 10 users. The update introduces a new UI and a host of new features and unifies the look and feel across all the platforms.

The new update bumps the version number to 17.8269.57641.0 and it is probably the biggest update the app has ever seen till date. There are improvements for users on a non-touch device, incorporation of the Office assistant, ability to change the colour of your notebook and general performance improvements. 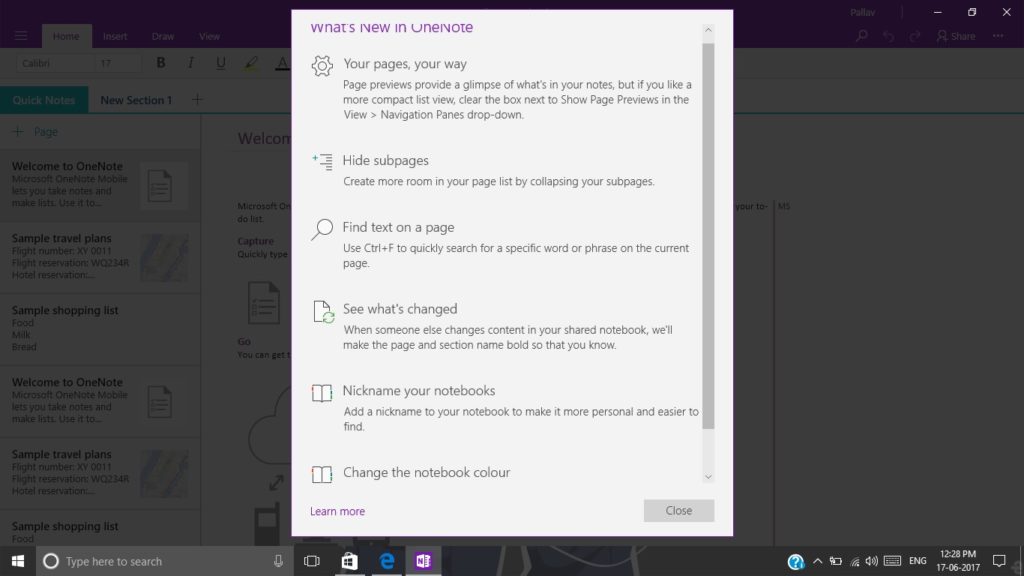 Overall the update is a major jump from the previous version and most importantly it introduces the same experience across all your devices. Whether you are on Android, iOS or Windows, OneNote will look and feel the same everywhere.

The update is now rolling out through the Store and you can grab it from there or hitting the link below. What do you think of this update? I personally hate the new icon colour but do share your views on the comments below!