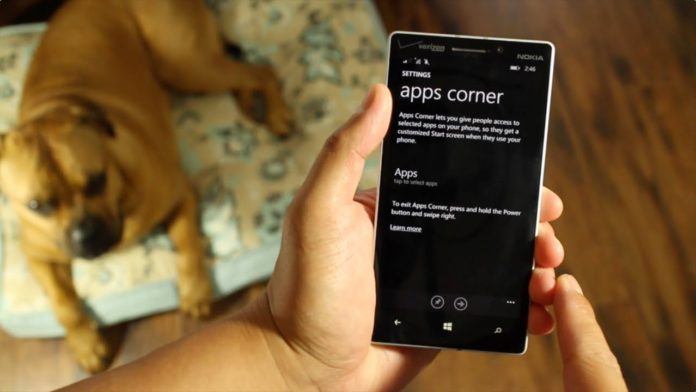 So now if users who would like to use the Apps Corner feature, it is no longer available for users on Build 15007 and above. The feature can still be used by users whose Windows Phone were officially not supported for an Windows 10 Mobile upgrade.