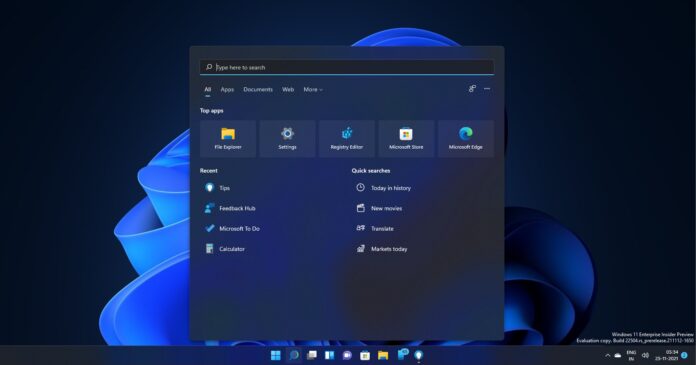 One of Windows 11’s attractive features is its Mica material/theme, which gives some app windows and title bar translucent appearance. This new Mica material looks great and Microsoft has confirmed modern PCs should have no trouble handling the effect, unlike Fluent Design’s acrylic effect.

Mica is typically visible in the dark mode and it aligns the background colour of Windows apps with the desktop and creates a modern looking translucent “colour hierarchy”. The company says the Mica effect causes no performance issues and it can distinguish between multiple open instances of the same or multiple apps.

Microsoft has already updated key apps like Chromium Edge, Movies & TV, MS Paint, Snipping Tool, Photos, Calculator and other apps with the Mica effect. As part of the next Windows 11 update (could be a feature update or cumulative), Microsoft is planning to expand the Mica treatment to more apps.

For example, in a preview build, Microsoft has quietly updated the title bar of some UWP apps like Tips and Feedback Hub with Mica on the title bar. It’s possible that Microsoft is treating Mica as an “Aero Glass theme” and Mica could be the default design feature for all UWP programs.

Unlike Mica, Windows Aero Glass was more resource-intensive, but it also looked great and it worked without any issues on modern PCs.

Microsoft is also working on a new design for Office desktop apps, including Word, PowerPoint, Excel, Outlook and Notepad. The redesign is being made in alignment with the Windows 11 release and it looks like Office apps are finally getting support for Mica, which will apply to the background.

Microsoft announced the redesign of Office UI based on user feedback, but the Mica background effect was not added to the apps. Today’s update, which seems to be heading to users in the production channel, enables a more natural and consistent Mica design for everyone.

This new Office UI also follows the Fluent Design to create “an intuitive, coherent, and familiar user interface” and it matches the look of Windows 11.

As we noted above, Mica elements will not come at the cost of performance and you can expect additional WinUI performance improvements in 2022.