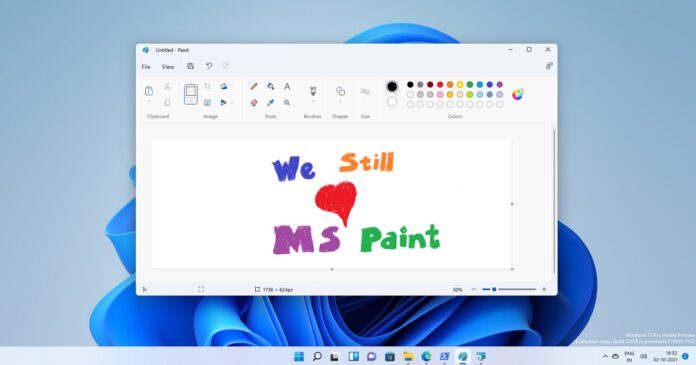 MS Paint, which has been around since Windows 1, is getting a significant design update on Windows 11. Regardless of new features and accessibility improvements that have come with previous Windows 10 feature updates, Paint’s overall interface has always been constant.

In addition to Windows 11, Microsoft has also confirmed a new design approach for all inbox apps.

Microsoft wants to make apps that have been part of all popular Windows versions fit in with Windows 11’s new design language. The tech giant has already updated the Photos app, Snipping Tool, Alarms & Clock, Mail & Calendar, and Windows Store with a new look. And now, the famous Paint app is now getting a new design on Windows 11.

Microsoft Paint’s new design is now rolling out to more testers in the Windows Insider Program. As part of the redesign, MS Paint is getting a new command bar that replaces the existing ribbon layout, and the window of the app now respects Windows 11’s new Mica material.

It’s not just about Fluent and Mica design though. MS Paint now includes a new toolbar for the text editor to help users change the alignment of the texts, and easily switch between different fonts using dropdown menus.

The overall interface of MS Paint remains unchanged and Microsoft is not working on any new feature for the app.

Additionally, Microsoft also appears to be experimenting with dark mode for the Paint app to bring it in line with Windows 11.

However, this redesign appears to be incomplete and you might come across legacy components when navigating between the menus and pages of MS Paint. 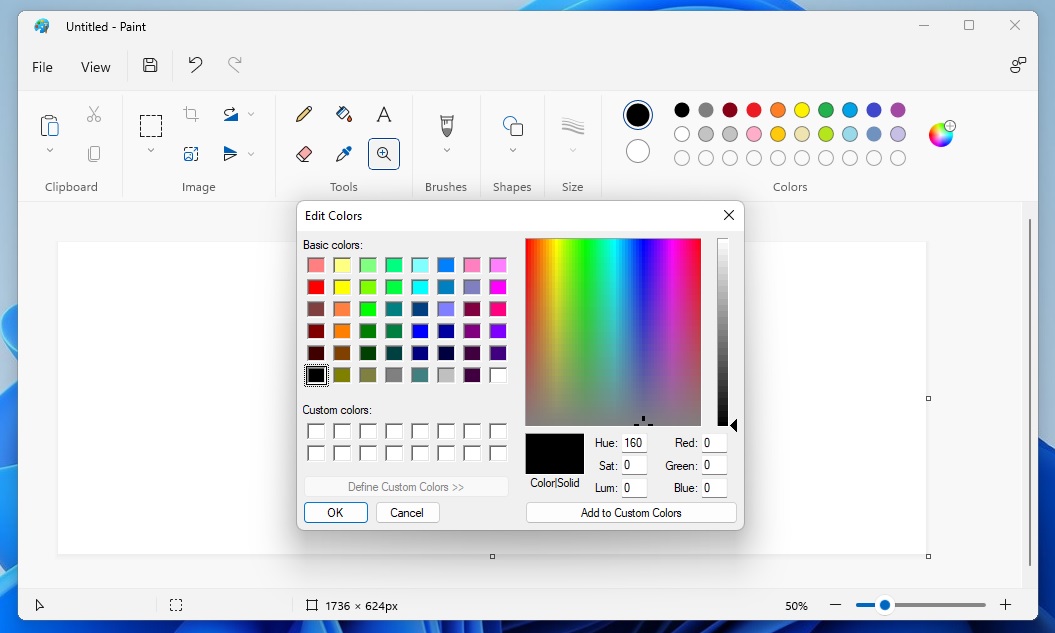 As you can see in the above screenshot, the Paint app’s colour picker is not using WinUI 2.6 controls for some reason.

Windows 11 is set to arrive in a few days, and this new MS Paint won’t be included with the upgrade. That’s because the Paint app would still need a few weeks of time to progress through the Beta and Release Preview channels, and then get a green signal for the production channel.

Fortunately, the Paint app is available via the Microsoft Store, so you won’t have to wait for Windows 11 version 22H2 or any other feature update to try the new look.

Paint redesign will arrive as an update through the Microsoft Store.

The new Paint app is currently available for Windows 11 users on the Dev channel of the Insider Program and it will begin rolling out to everyone in the coming weeks.