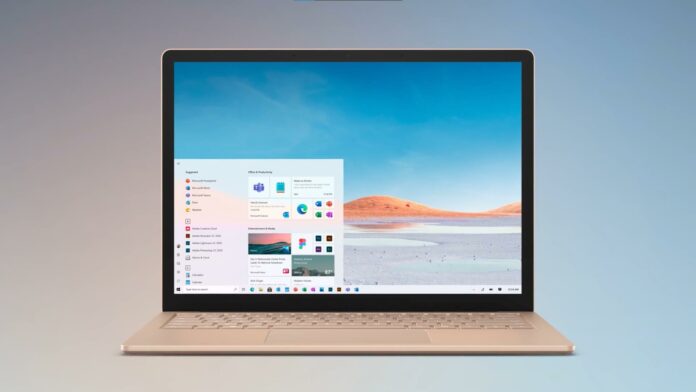 Microsoft first debuted the original Windows 10 update in 2015 and followed it up with the Anniversary Update in 2016. In early 2017, Microsoft said that it would be delivering two feature updates to the operating system each year, one in the spring and one in the fall, and officials also confirmed that there won’t be “Windows 11” or “Windows 12”.

Thanks to job listings and official announcements, we know that Microsoft is working on the “next generation of Windows”, which features a new visual refresh codenamed “Sun Valley” and it will be unveiled on June 24, ahead of the public launch this fall.

It’s worth noting that the existence of the Sun Valley reference doesn’t confirm the name of the upcoming Windows version, as the “Sun Valley” could be a placeholder. However, it implies that Microsoft will continue to support Windows 10 alongside this new operating system.

In fact, there’s a possibility that the company will do two different updates this year, one for enterprises and one for the mainstream audience. Enterprises will be getting Windows 10 version 21H2 with quality fixes, while consumers will get Sun Valley / Windows 11.

This is also the first public reference to the Windows Sun Valley update and the support document in question has now been edited to delete the “Windows Sun Valley” line, suggesting Microsoft didn’t mean to let this slip out.

Since Microsoft’s support documents are maintained on Github, the leaked reference to “Sun Valley” can still be verified by visiting the Microsoft repository.

Sadly, the company’s website doesn’t reveal additional information for the Sun Valley Update. We also don’t know if the company is planning to call the next generation of Windows “Windows 11” or “Sun Valley”.

As we’ve previously reported, this update will ship with rounded corners, redesigned Start menu without live tiles and other design improvements.

This feature update will also introduce a brand new Windows Settings app with updated icons, improved layout and sidebar on the left side.