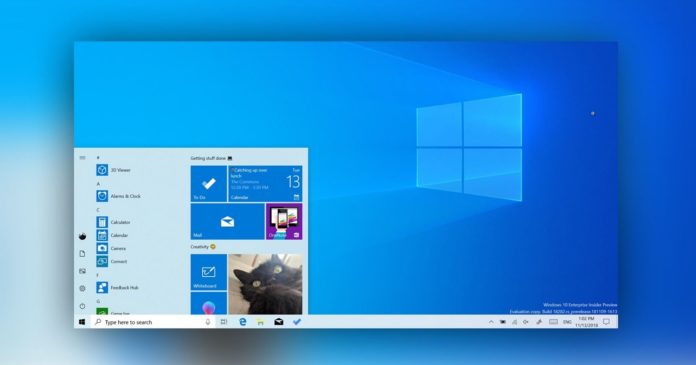 Earlier this month, Windows 10 received a KB4598291 cumulative update which fixes a host of bugs, including some of the features broken by the October 2020 Update, such as the Alt-Tab apps switcher and Windows Credentials manager.

These bugs have been affecting October 2020 Update users for some time and most of the issues were finally resolved. Note that Windows 10 KB4598291 is actually a preview update for the upcoming Patch Tuesday update and it’s optional.

In other words, you’ll need to click on ‘View optional updates’ option in the Windows Update panel to download and install the update. If you skip the patch, you’ll receive fixes in the next Patch Tuesday rollout.

In addition to aforementioned bug fixes, this optional cumulative update also includes a fix for an issue which causes ESENT 642 errors. For those uninitiated, ESENT is a DLL in Windows and it is a data storage tech that powers different parts of the operating system.

User reports had suggested that mysterious error was causing performance and crashes for some installations of Windows 10. The problem was first reported when the May 2020 Update was launched, and Insiders had flagged it almost a year ago.

Based on our testing, the problem with the ‘ESENT 642’ warnings has finally been fixed in this optional update.

Unfortunately, Windows 10 KB4598291 has its own share of issues. According to multiple posts on the Feedback Hub, the optional update is failing to install for some people with a mysterious error message.

“Failure occurs as update get’s to near 100% finished then responds with a message that it can’t install the update and begins removing the files and restoring to the current install. I paused the updates briefly but activated updates yesterday. Total attempts by the install is around 5 or more over the past week or so,” one user noted in the Feedback Hub post.

Similarly, some users have reported that KB4598291 is breaking down DirectPlay-based games.

“I had several 3D games crash upon launching, including World of Warcraft. Upon removing the update, the games and applications are back in working order.

Others have also reported issues with World of Warcraft and other games.

Remember that these fixes will be rolled out to everyone with February Patch Tuesday update and you can skip the optional patch.