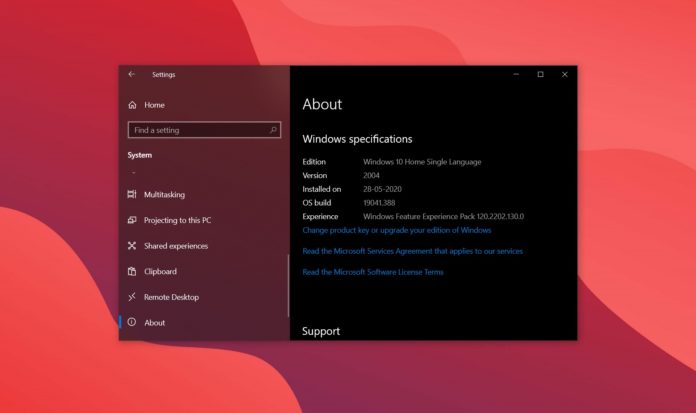 Windows 10 May 2020 Update, also known as version 2004, has resulted in Blue Screen of Screen, system failures, driver compatibility issue, and a host of other problems for some users and configurations.

In addition, we’re seeing a reappearance of the old ESENT problems after upgrading to Windows 10 version 2004. The feature upgrade appears to be causing ESENT warnings for a number of users.

The Extensible Storage Engine (ESE), which includes the ESENT.DLL, has been included in all release of Windows since Windows 2000 and it’s used by a number of Windows components including Windows Update.

ESENT (ESE Runtime) runs on Windows 10 after login and it also helps in desktop searches and indexing of your media catalog in the operating system, according to a Microsoft moderator.

The problem with ESENT has been widely reported by users on Microsoft’s community forum (1, 2, 3) and Reddit. Users fear that the glitch could create trouble for their machines system eventually, but that doesn’t appear to be the case yet, at least for the majority of the audience.

According to user reports and our own tests, Windows 10 version 2004 ESENT 642 warnings are also recorded in Event Viewer. 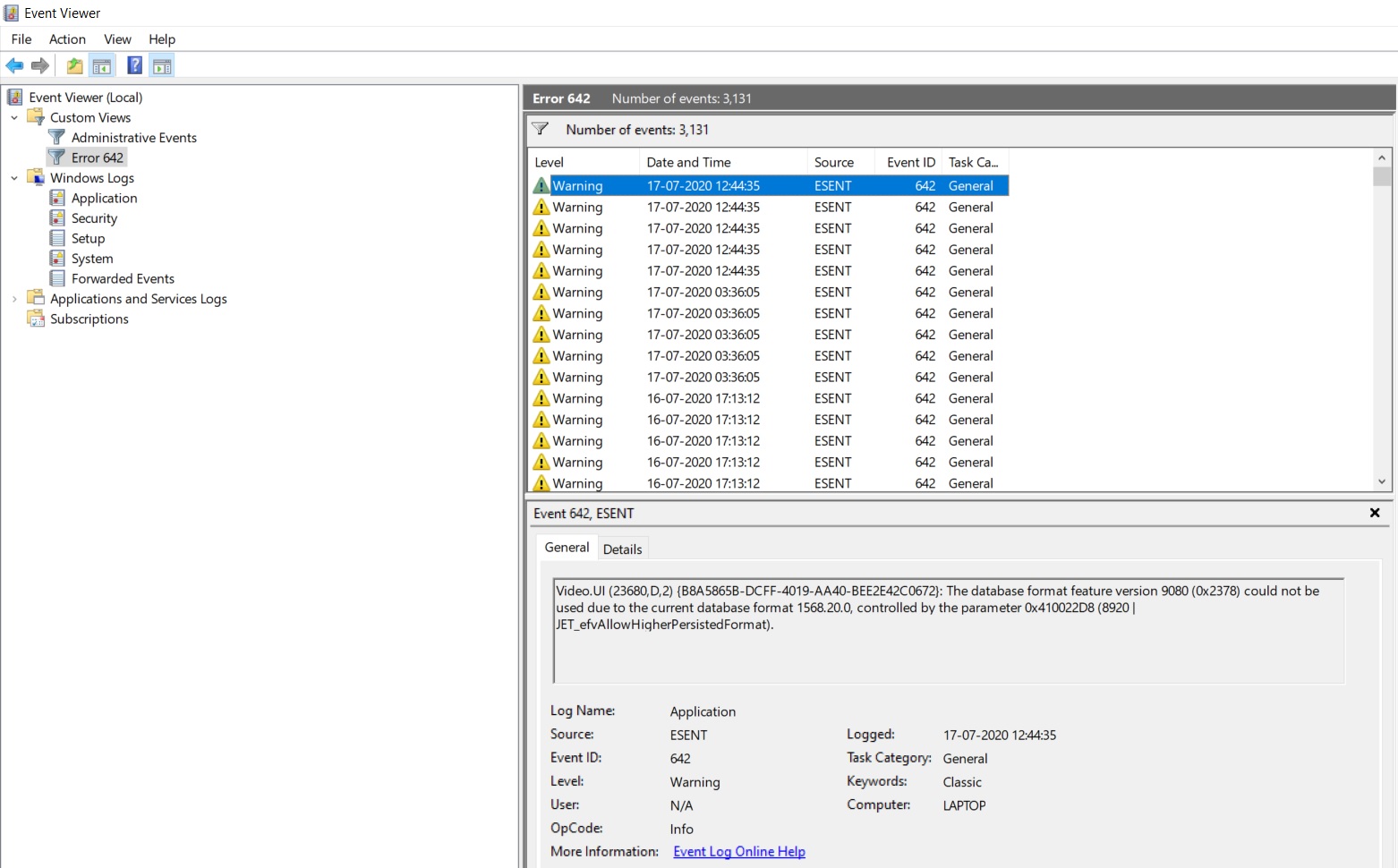 The problem can be confirmed by checking logs in the Event Viewer and root cause of this issue is not yet clear. On my device, Event Viewer logged at least 3,100 ESENT 642 errors since May 28 when I upgraded to Windows 10 version 2004.

The ‘ESENT 642’ warnings were first reported when the Windows 10 May 2020 Update was launched, but we have found that bug is still unpatched in the most recent cumulative update.

A few users on Microsoft’s forums and Reddit noted that they have also noticed stuttering in games after having experienced the ESENT warnings.

“I was stuttering like crazy too when playing R6S, I went from 150fps to 40/50fps, it was causing the OS to stutter also,” one user noted. “I got this error playing and my game start to stutter for few seconds like crazy,” another user wrote.

Users have noted that rolling back to Windows 10 version 1909 or 1903 removes the mysterious warning message.

If you don’t notice any problem after ESENT warnings, you are not supposed to roll back Windows 10 version 2004.