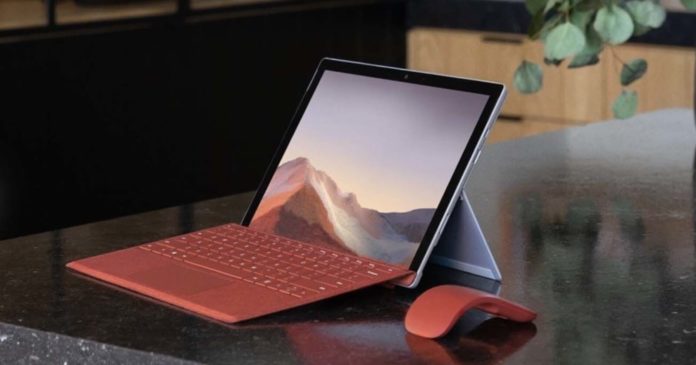 Another filing indicates that the Surface Pro 8 will provide Wi-Fi 6 courtesy of Intel’s Wi-Fi 6 AX201 adapter, which is capable of delivering the latest Wi-Fi standard (commonly known as 802.11ax) as well as Bluetooth 5.

Built-in LTE connectivity and Wi-Fi 6 integration should be enough to provide better wireless performance compared to the previous-gen Surface Pro.

We’ve also heard that the Surface Pro will be offered with Intel Core i3, 128GB of storage and 8GB RAM option too.

In terms of design, the 2-in-1 device is identical to the Surface Pro 7 and screen size or bezels are also completely unchanged.

Of course, whether or not any of this is true remains to be seen. More details of the next-gen Microsoft hardware could be unveiled later this month or early February via a blog post and YouTube teaser.

In addition to the Surface Pro 8, Microsoft is also planning to announce Surface Laptop 4 and Surface Duo 2 (Zeta) later this year.