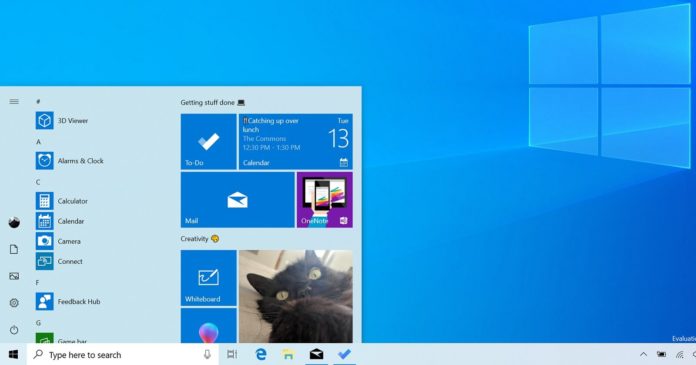 After the release of Windows 10’s September 2020 update (KB4571756 and KB4574727), users are reporting performance issues, Start Menu crashes, sign-in issues, temporary user profile bug, Blue Screen of Death, and a raft of other minor bugs. If any of this sounds familiar, you’re not alone.

“I was stuck on version 10.0.19041.388 from July because every single update after that I would get an error message saying some files were missing or corrupted and just now I saw this error again. I have no idea why this is happening,” one Reddit user wrote and there are similar complaints on Feedback Hub. 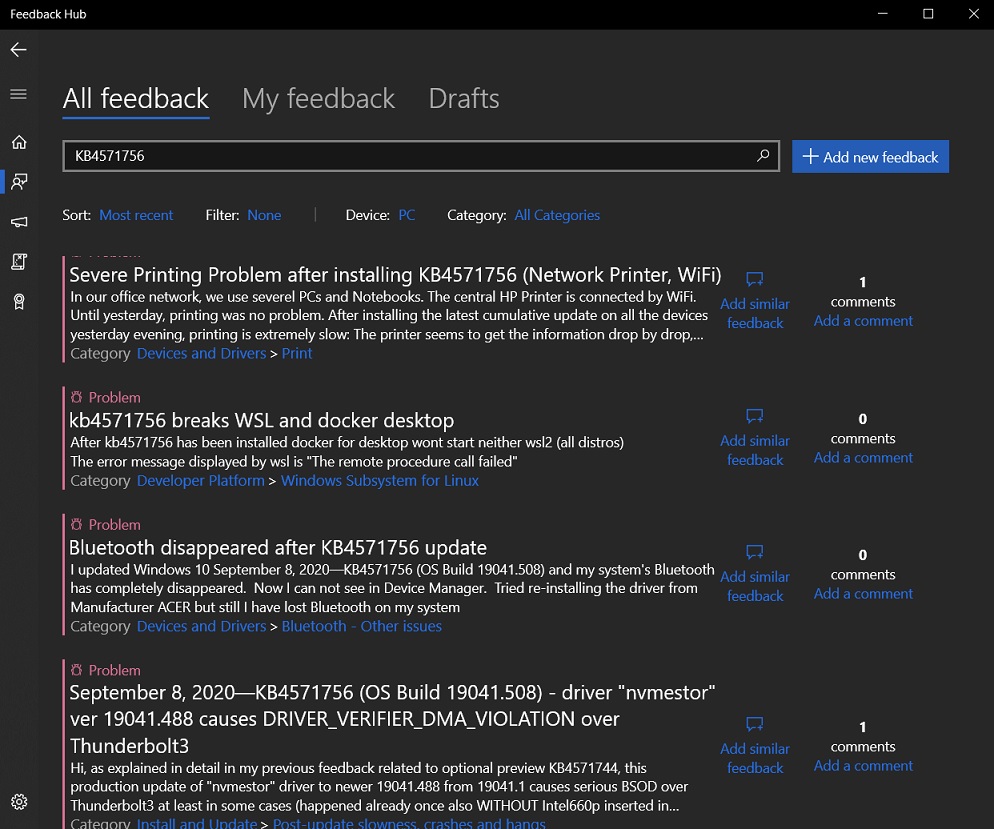 If you encounter error 0x800f081f when installing Windows 10’s latest patch, we recommend you to use Media Creation Tool, which has been updated with September fixes this week.

In Media Creation Tool, you need to select ‘Upgrade this PC now’ option and Windows 10 will be reinstalled with September patch, but your files or apps won’t be removed.

On systems where the updates do install without any hitches, some users have found critical issues.

According to multiple reports, users are having issues when logging into Windows 10 and problems with Start Menu or Action Center. It also appears that the infamous temporary user profile back has appeared again for a few users.

It appears that Windows 10 KB4571756 also comes with one hidden change that aims to improve the tablet experience for convertible or hybrid devices in docked scenarios.

“I’ve tried Chkdsk, Sfc, restarting Windows Explorer and disabling and reenabling Action Center. I can’t rename the Usrclass.dat file because it is in use,” one user noted in the Microsoft’s community forum, and others have also jumped in with similar complaints.

The patch in the question is actually causing more problems, with reports emerging that nothing happens when user click on taskbar menus, such as the Start Menu and Action Center.

“My Start Button [and] Action Centre stops working after this is installed. I’ve tested and it’s definitely KB4571756 because uninstalling it fixes the problem,” another user noted.

“This update seems to have broken the one-click on everything,” one user wrote.

Others report that trying to use Start menu or Windows Search results in blank windows appearing, rather than search results.

These problems were reported by users on Microsoft’s community forum, Feedback Hub, and Reddit. Until Microsoft issues a fix, you’re going to have to either use system restore or uninstall the update from the Settings app.

In some cases, the KB4571756 and KB4574727 updates, which are supposed to be cumulative updates that bring security fixes to Windows 10, are instead preventing users from accessing their devices.

“I updated my windows 10 to 2004. I cannot login to my computer after updating. Windows 10 keeps signing me out immediately after logging in,” one user noted.

“I did the latest update and now my password won’t work to sign in the computer,” another user wrote.

Some Windows 10 users have again lost access to their user profiles after installing the September 2020 update.

In a forum post, one user shared their experience with the temporary user profile bug:

If you encounter temporary user profile bug, Microsoft’s workaround is to boot into the Safe Mode once and everything should return to normal when you get out of the Safe Mode environment.