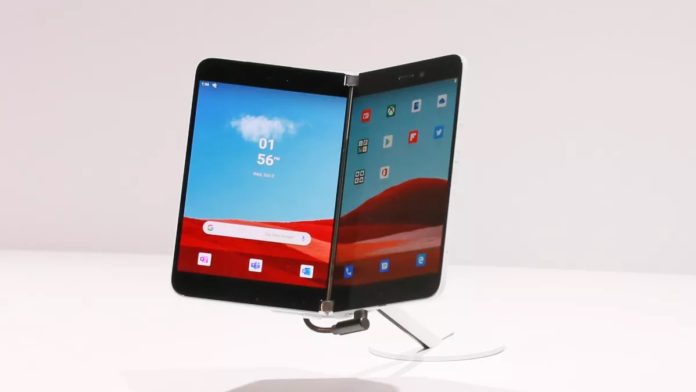 Microsoft’s first Android phone is the Surface Duo with two separate screens and it’s aimed at productivity work. Surface Duo was announced in October, and Microsoft is expected to release it later this month. If new certifications are to be believed, the Surface Duo will also launch outside the United States.

The certifications indicate that the dual-screen device will ship outside of the United States when it launches later this month. Surface Duo should also see a launch in Japan within the coming weeks or months.

It’s also likely that the device will launch in the UK, Australia and other regions.

According to the certification in Japan, Surface Duo will ship with Bluetooth 5.0, Wi-Fi, 3G, and 4G connectivity. Support for NFC remains unconfirmed.

According to reports, Surface Duo comes with the Snapdragon 855 processor, instead of the newer Snapdragon 865 and it won’t support 5G networks.

It’s also rumoured that the availability of the Surface Duo will be announced in the week of August 24, but plans could still change, so we’ll have to wait and see.