Windows 10 21H1 preview update contains the long-rumoured modern volume controls, Windows 10X-like notification toasts UI and smaller search box on the taskbar. With Build 20150, we might be getting an interesting glimpse of how Windows 10X features could shape up on Windows 10.

I’ve previously reported that features meant for Windows 10X will eventually arrive on Windows 10. Microsoft is planning to bring Win32 apps container, Windows Update improvements and a few other 10X changes to Windows 10.

The streamlined and modular Windows 10X was originally said to be built for dual-screen devices like the Surface Neo, but Microsoft confirmed that plans have changed and 10X will first ship on traditional single-screen clamshell laptops instead of devices with new form factors.

Currently, the way you can control volume from taskbar is pretty basic, but Microsoft is working on a new modern volume control that would be much more user-friendly and advanced. 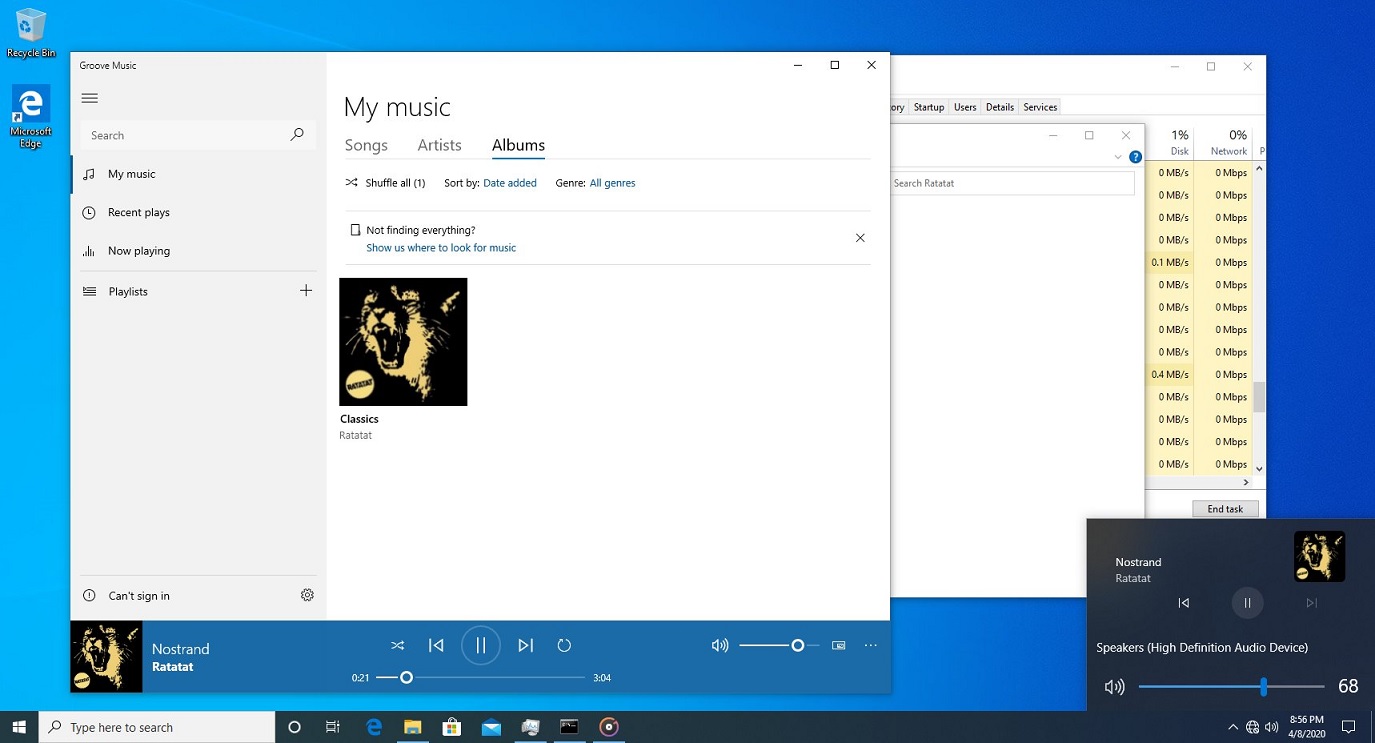 The new volume control uses Fluent Design and it comes with multimedia playback controls, which will allow you to change tracks, pause and resume the music you’re playing.

Basic information including album image about the music you’re listening in a browser, Spotify or Groove Music will also be displayed.

Windows 10X brings a major overhaul to Action Center, which will receive a substantial facelift in this OS. In Windows 10X, Action Center still provides you with access to your notifications and quick actions (settings).

The new Action Center in Windows 10X also groups notifications and houses them under different apps, and opening the center lets you read the missed alerts.

Microsoft appears to be testing this behaviour in Windows 10 21H1 preview builds as well, but the UI is still in the early days of development.

Technically, it’s based on the current approach as in Windows 10 May 2020 Update or older, but Microsoft plans to have notifications in their own dialog with each displaying the name of the app.

The UI has been slightly tweaked to include the small ‘X’ close button in the notification toast itself and you can still dismiss notifications with a middle mouse click.

This experience would be similar to Windows 10X’s Action Center.

The new UI tweaks and references in the codebase of preview build suggest the Windows 10X Action Center improvements will be coming at some point to Windows 10, but currently, we don’t know when that will happen.

Another minor change in the preview build of Windows 10 21H1 is support for the smaller search box on the taskbar that will take less space.

According to Microsoft’s typical release schedule, Windows 10 21H1 update is expected to begin rolling out to the public in the spring of 2020.