In 2018, developers figured out how to get full Windows 10 running on a Lumia 950 and 950 XL. Last year, developers also started working on Windows 10 ARM port for flagship Android phones such as OnePlus 6, Galaxy S8 and Xiaomi Mi Mix.

Initially, Windows 10 on ARM for phones was unstable with terrible performance and limited functionality, but the project is has made some steady progress. If you still have your Lumia lying around, there may be some good news for you.

Developers behind the project have said that the team has managed to get Windows 10 Build 19041 (20H1) work on the Lumia handset. Some independent devs are also working on Android phone support, but the project is not yet ready for non-Lumia hardware.

Most of the phone’s sensors including a light sensor, accelerometer gyroscope, and more are working with the Windows 10 on ARM.

Developers have also created an adaptive shell to mimic the appearance of Windows 10 Mobile with desktop features. The “MobileShell’ is available on Microsoft Store for those with a Lumia running Windows 10, and the Shell brings back navigation, status bar and notification toast integration when you turn on tablet mode. 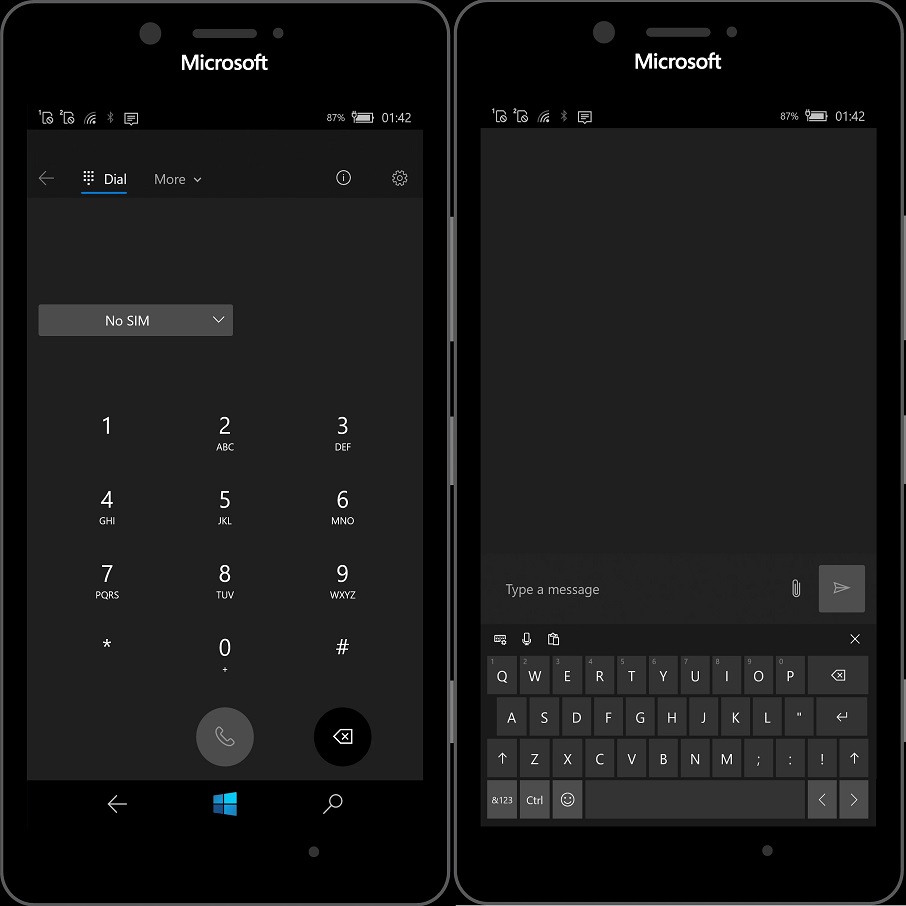 The enthusiasts are also working on ‘WOA Dialer’, which you can use to make and manage calls on your device. However, cellular support is still being developed and it may not work in all regions or network configurations.

Similarly, there’s another app called “Chat” and you can use it to send and receive SMS messages. Currently, MMS messages aren’t supported.

The devs have also tested Windows 10 preview build 19628.1 and it appears to be working well.

Windows 10 on ARM availability is still limited to two Lumia handsets and you install the OS by downloading the third-party tools. Windows 10 ARM port for select Android phones is also being explored and support could be introduced in future.