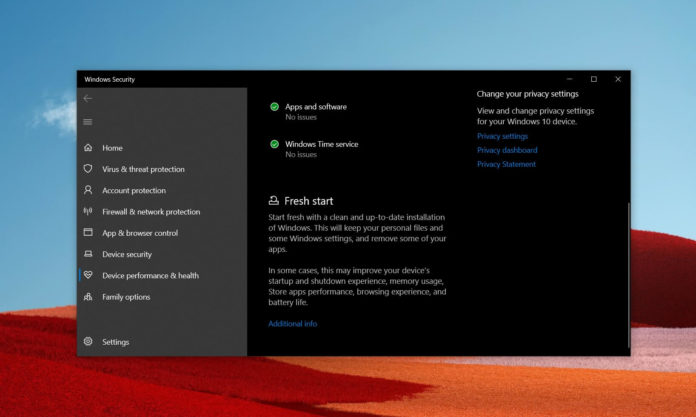 Windows 10 needs a fresh start when a system file has been corrupted or the operating system’s gone awry. Luckily, Microsoft has included two tools—Fresh Start and Reset, and Cloud Reset with Windows 10 May 2020 Update.

Unlike Reset this PC feature, Windows 10’s Fresh Start is a valuable addition for some PCs that come with pre-installed bloatware and crapware. It allows users to re-install the OS directly from Microsoft’s server and it also removes the bloatware and unnecessary applications loaded on devices by manufacturers.

Windows 10’s Cloud Reset also works in a similar way but it does not remove the bloatware loaded by devices’ manufacturers.

You can access Fresh Start from Settings > Update & Security > Windows Security. In the app, you need to click on ‘Device Performance & Health’ and select ‘Additional’ to manage Fresh Start feature. 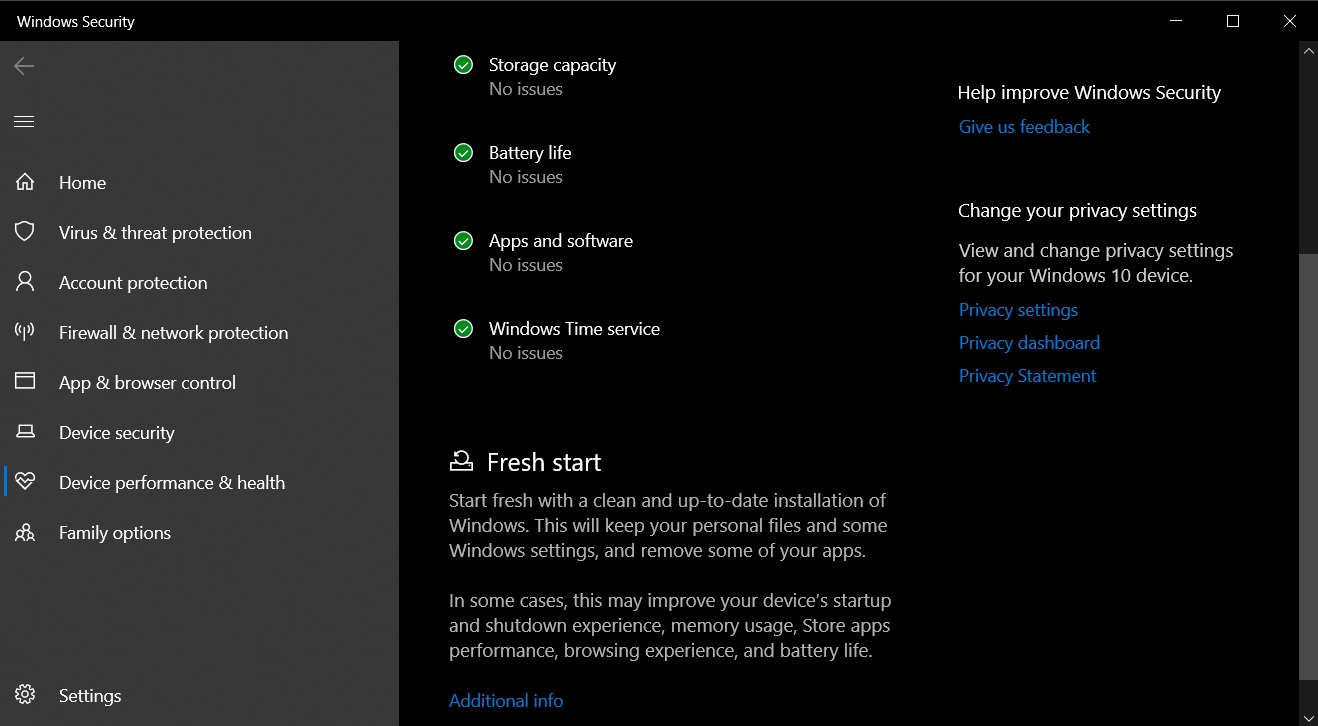 However, since the Windows 10 version 2004 update, Fresh Start integration appears to be broken in the operating system and if you click on ‘Advanced info’ button, Windows will open a Microsoft support document in the default browser.

Many users confirmed my report that feature is indeed missing after Windows 10’s May 2020 Update. For now, if you want to use Fresh Start on Windows 10, you would need to download and install the tool manually from Microsoft’s website.

While Fresh Start and Cloud Download are similar in many ways, Fresh Start is especially useful for devices that usually come with bloatware and crapware such as third-party antivirus software.

It’s not yet clear if “Cloud Download” is indeed a replacement for “Fresh Start” on Windows 10.

Microsoft has plenty of other known issues to work out and this appears to be yet another undocumented bug which was called out by testers during Insider testing.

Microsoft has already blocked the upgrade for users with older drivers and those with Memory Integrity feature enabled in Windows Security app. Fortunately, Microsoft is working on fixing many of the reported issues and May 2020 Update is now gradually rolling out to more devices.