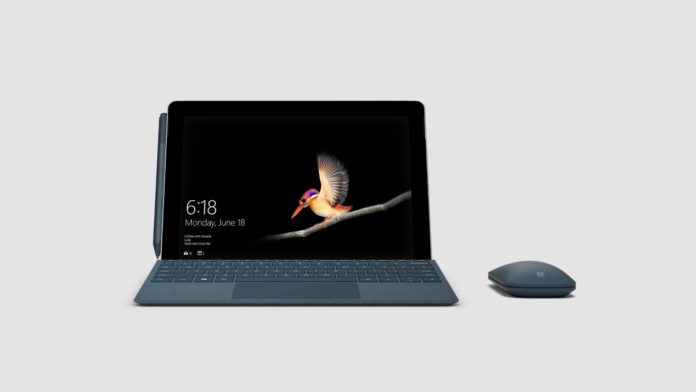 Microsoft is about to launch a refreshed range of Surface lineup. According to reports, Surface Book 3, Surface Go 2, Surface Dock 2, Surface Earbuds and Surface Headphones 2 could be announced later this month.

It appears that the leaks and benchmarks were accurate as we’re going to see a new Core m3 powered Surface Go 2, alongside a Pentium Gold equipped variant using a newer version than the first Surface Go.

Surface Go 2 with Intel Core m3-8100Y has now popped up in Energy Star certification. The filing confirms that the Surface Go 2 will feature 8GB of RAM and 256GB of SSD storage. 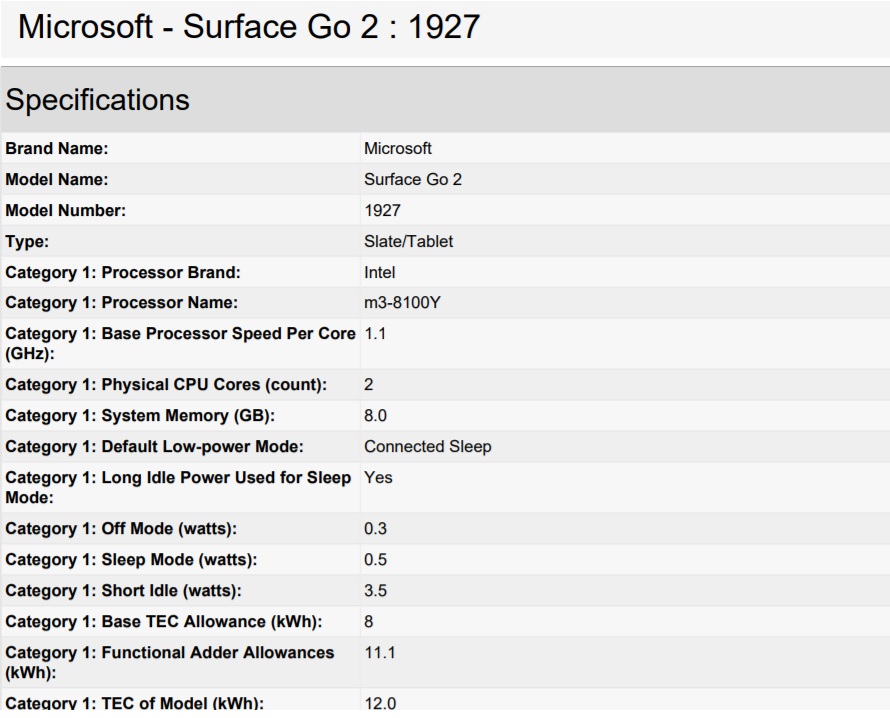 On the other hand, Surface Go 2 with Intel Pentium Gold 4425Y processor may have up to 8GB of RAM and 128GB of storage.

With Surface Go, Microsoft has created a versatile go-anywhere machine and the next-generation device is also expected to ship with Windows 10 in S mode for consumers. For businesses, Microsoft plans to offer the device with Windows 10 Professional license.

Surface Go 2 LTE with Wi-Fi 6 has already passed the FCC certification and it is expected to be announced alongside the non-LTE variant. The Wi-Fi 6 module in Surface Go 2 should provide longer battery life and improved connectivity.

The rumour has it that Surface Go 2 may come with a display of anywhere between 10.5 and 11 inches and there’ll be slimmer bezels, which makes it much better than the first generation.

The Go 2 could start at the same $400 price as its predecessor. The base $400 model is expected to pack Pentium Gold 4425Y and the Core m3 variant may lead to a significant hike in price. The 4G LTE-enabled model is likely to cost a lot more.

An official announcement regarding the Surface Go 2, Surface Book 3, and other Surface devices could take place any day now.