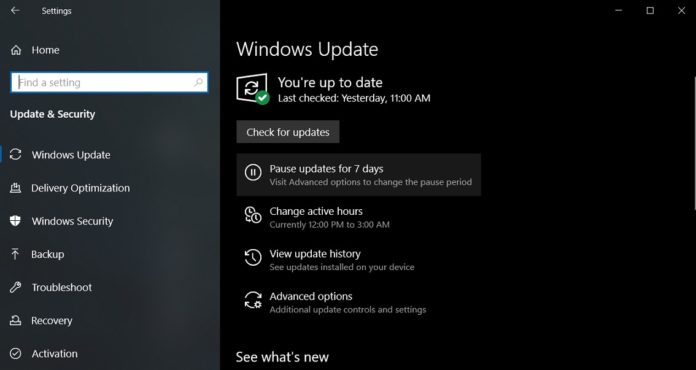 Microsoft is releasing out of band Windows updates to address security issues and as well as a bug that broke printing. If you are on the May 2019 Update, you will be receiving Windows 10 Build 18362.388 and direct download links for Windows 10 KB4524147 offline installers are also available.

The Patch Tuesday updates include fixes for vulnerabilities, while hotfixes are commonly released to address significant vulnerabilities under active exploitation. This cumulative update addresses a scripting engine memory corruption vulnerability and printing issue plaguing printers from some manufacturers.

To install Windows 10 Build 18362.388, simply head to the Settings app and check for updates. Or you can also grab the offline installers from Microsoft Update Catalog and manually patch your system.

On September 26, Microsoft shipped an optional Windows 10 KB4517211 and it included fixes for several issues with the OS. For instance, optional Windows 10 September cumulative update addresses an audio issue, but users have been reporting that the patch has also caused problems with printers.

With today’s patch for Windows 10 version 1903, Microsoft has resolved an issue with print spooler where the service causes the print jobs to fail. The company has also fixed an issue breaking down Features On Demand (FOD), which is also known as optional features and programs in Windows 10.

At the moment, Microsoft says it’s not aware of any bugs associated with this hotfix, but we’ll find out in the coming days.

The version 1909 is coming soon

ESD for Windows 10 version 1909 has already been spotted on WSUS and the update should be ready for the public next week or later this month.