Microsoft has had a bad run with Windows 10 version 1903 in the past two months. The recent security and non-security updates broke down a number of basic features, including network adapters, Windows Search and even caused high CPU usage on some configurations.

Windows 10 KB4515384 shipped on September 10 and it comes with several improvements, including a fix for the Bluetooth connectivity and quality issues. Microsoft has quietly updated its original documentation to clarify that a Bluetooth bug which was causing the following problems has been fixed:

The second September non-security patch KB4517211, which was released on September 26, has fixed Windows 10 version 1903 audio issues but has broken Printers, according to users.

It appears that a bug is hitting the print spooler service and it cancels or breaks the printing process. If printer functionality is broken on your PC, you can attempt the printing repeatedly and restart the system if failure is persistent.

If you use v4 print driver, you should consider installing v3 to address the issue. 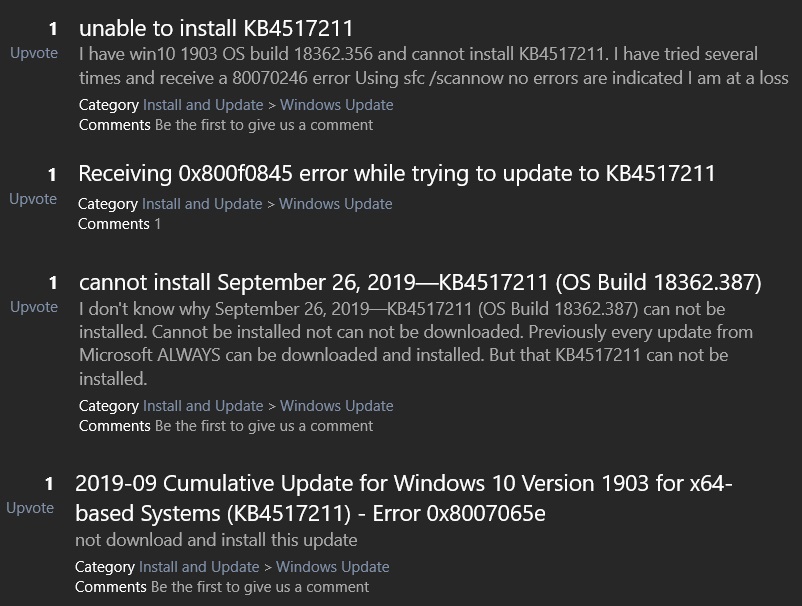 A few users are also reporting (1, 2) installation issues with Windows 10 KB4517211. The update reportedly fails to install on some configurations, but it doesn’t appear to be a widespread issue.