Despite Microsoft’s efforts to improve Windows Update experience, there are cumulative updates that still break features for some users. The most recent KB4512941 for Windows 10 version 1903 causes high CPU usage and it looks like the update also breaks down Windows Search on some configurations.

It appears that the problem is mostly hitting the devices that have a Group Policy or Registry entry that deals with Windows Search and Bing.

“Search box is there but when searching something, only a black box is shown without showing any results. Uninstalling the update solves the problem,” a user wrote on Feedback Hub.

“Windows Search is not working after I installed the latest Windows 10 update, I don’t know what to do I tried the troubleshooter but it did not find Anything wrong, I also tried restarting the computer and everything else,” another user noted. 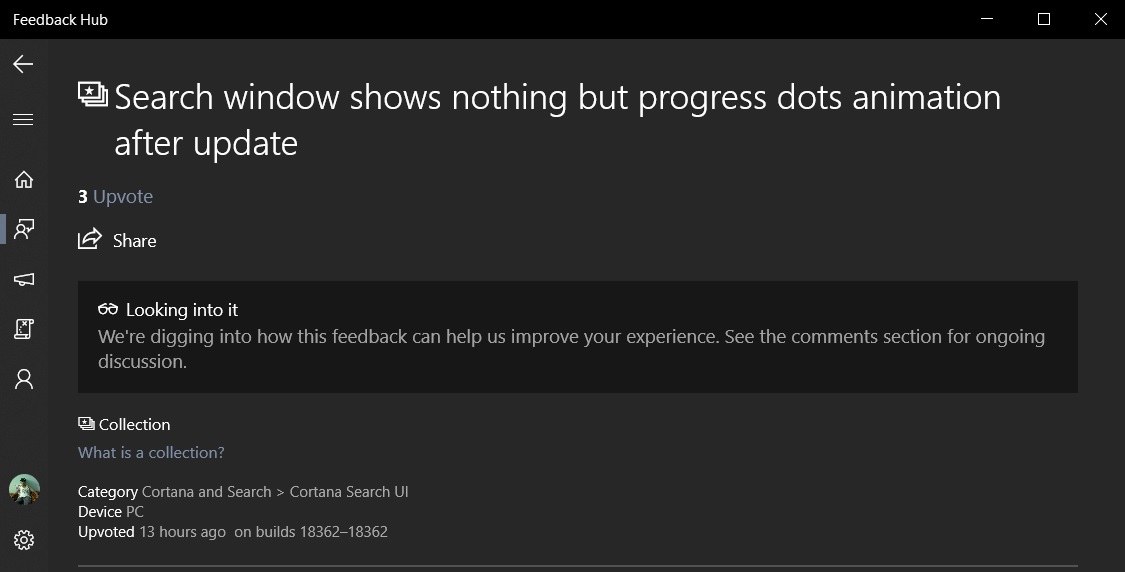 According to the status of a feedback post, Microsoft is looking into the problem but the company is yet to share workarounds or an official statement. 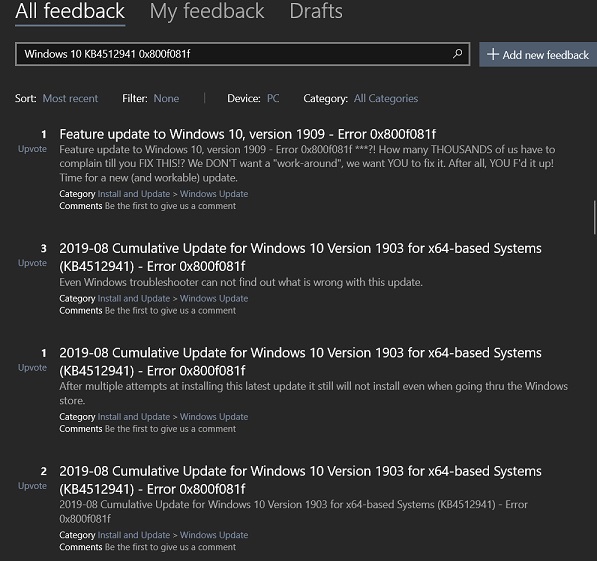 It’s unclear if this bug is also hitting the production devices.