Windows 10’s 2019 update codenamed 19H1 is all set to improve the search feature that has always been widely used by the users. Microsoft recently confirmed that the company is working to address the issues that users have experienced with the built-in search tool and improve the search reliability.

Windows 10’s search feature has been criticized by some users for performance and reliability issues. The Insiders reported problems with the search feature and Microsoft address it by expanding the search to include all indexed file locations.

The search feature sometimes fails to deliver quick and accurate results. Microsoft knows this very well and the company is bringing a new feature to Windows 10 that would completely improve the search experience. Microsoft has started testing out a new search feature with help from insiders and it’s available in Windows 10 Build 18267. 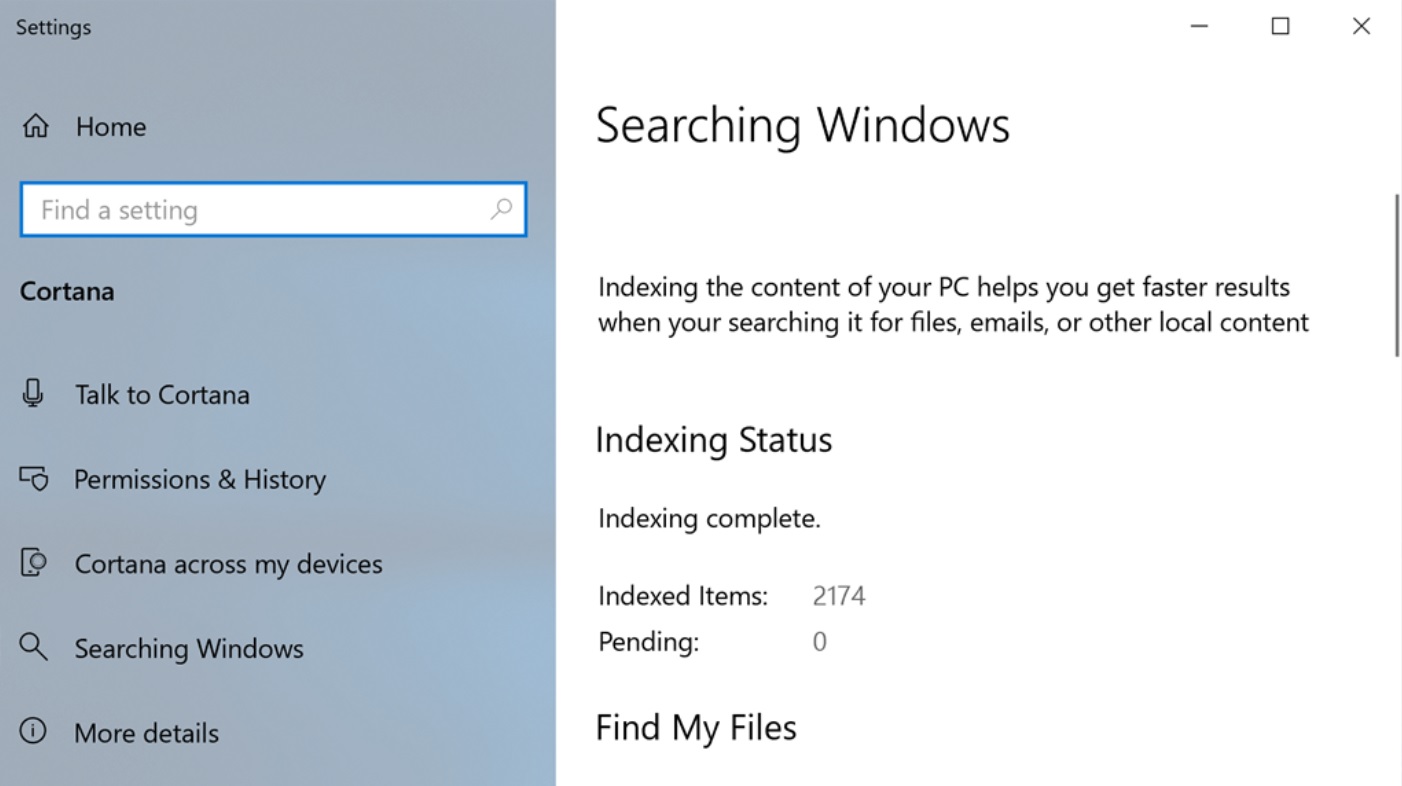 Microsoft has announced the enhanced mode for the search indexer and recently in another blog post, the company revealed how the feature would work.

The purpose of Search Indexer is to make search process substantially faster. This has been achieved by indexing more locations.

“To improve our search indexing, we created a new feature called Find My Files that enables Windows to search all your folders and drives, instead of limiting search to your documents, pictures, videos, and desktop by default,” writes Microsoft’s Adam.

This feature can be enabled from the Windows search settings in Windows 10 19H1 preview update and you need to select the Enhanced option under Find My Files to begin the indexing process.

According to Microsoft, it will take about 15 minutes for the system to show the results after indexing but it may longer if you have lots of files. After Windows completes indexing your content, you’ll notice that search results are more accurate and are provided much faster than any earlier version of Windows.

You can also exclude a folder from search to make the process faster. 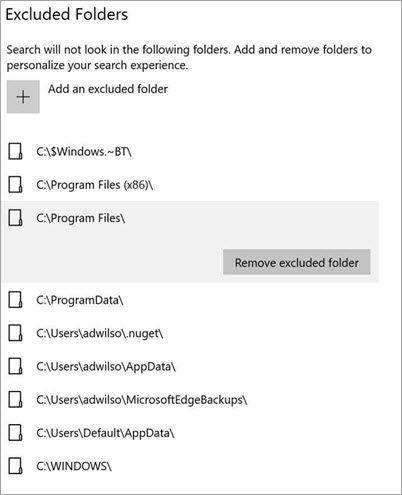 Microsoft excludes the temporary folders and OS files, as well as the other files that are changed rapidly. This is supposed to improve the indexing process and reduce resources usage.

Microsoft is aware of the following bugs in this preview feature:

Microsoft says that the settings page would provide the status of the indexing process. That means you will be to learn what the search indexer was doing in the background. It will show the pending count which basically represents the items that the indexer know it must index at that moment. 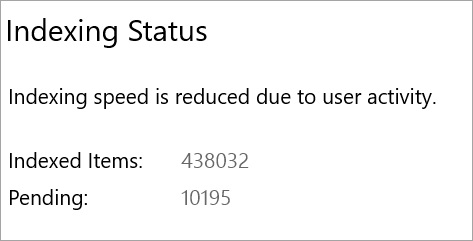 At the moment, there is no way to find the remaining time but Microsoft will address this feature if there is enough request from users.